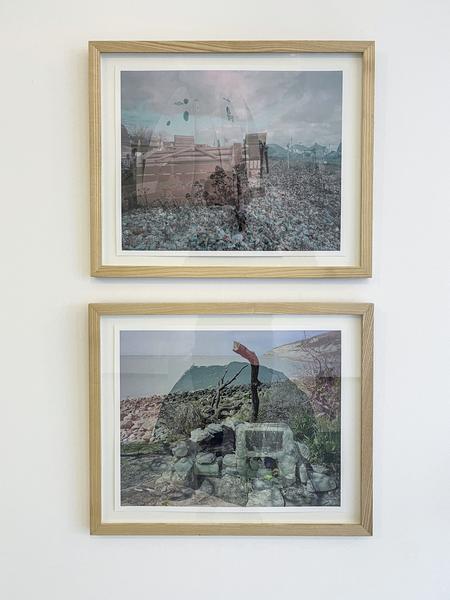 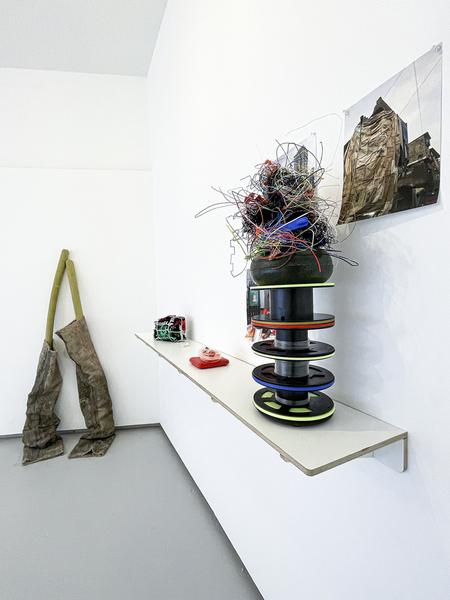 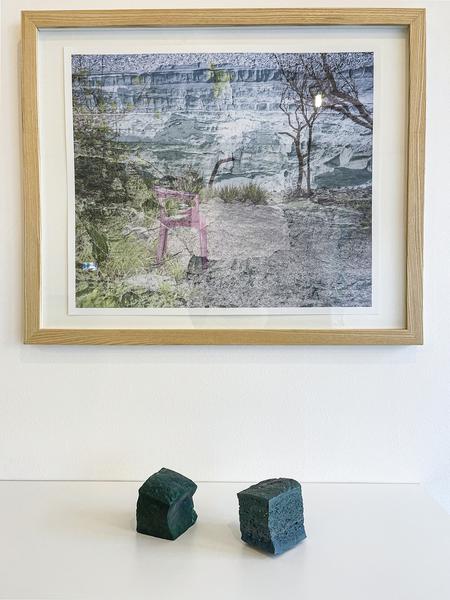 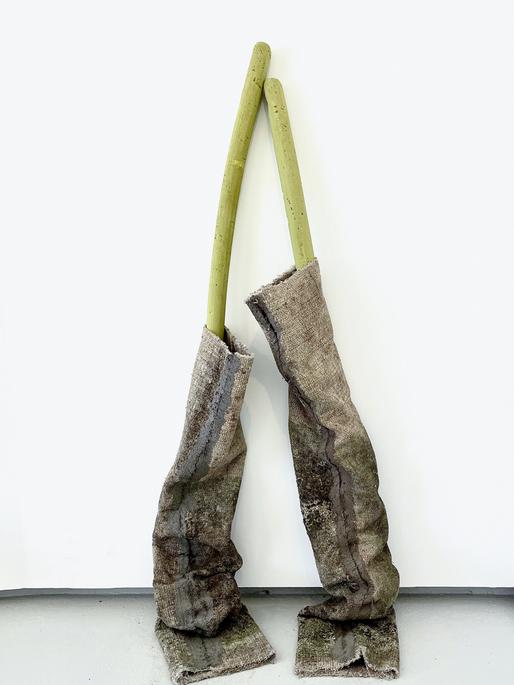 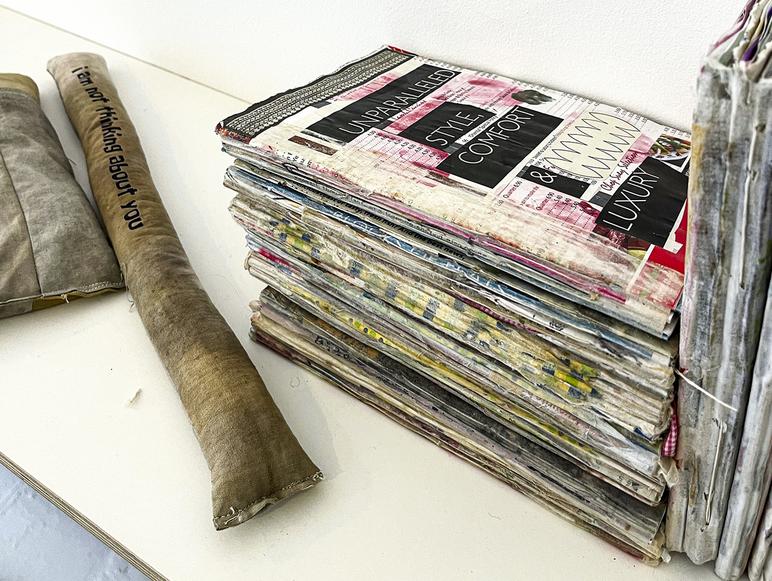 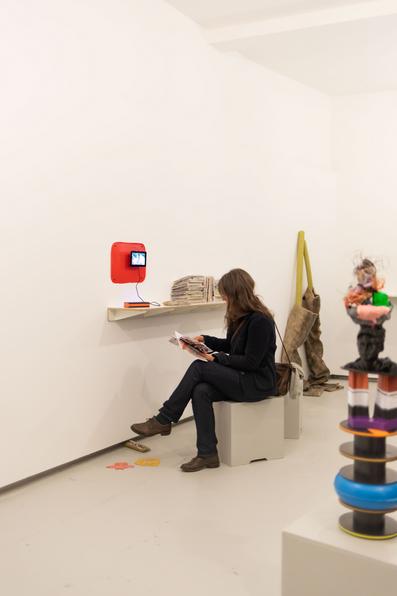 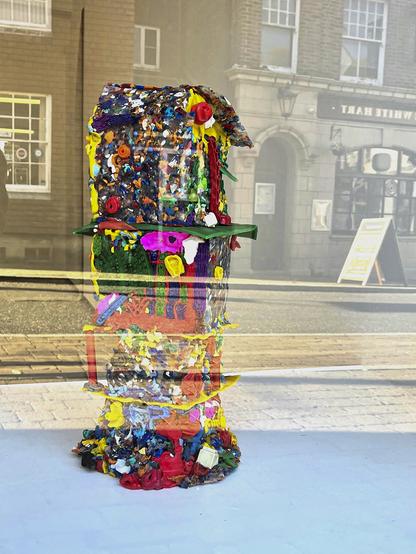 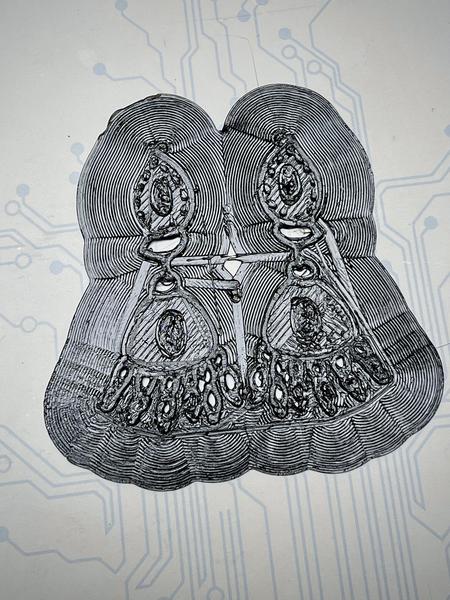 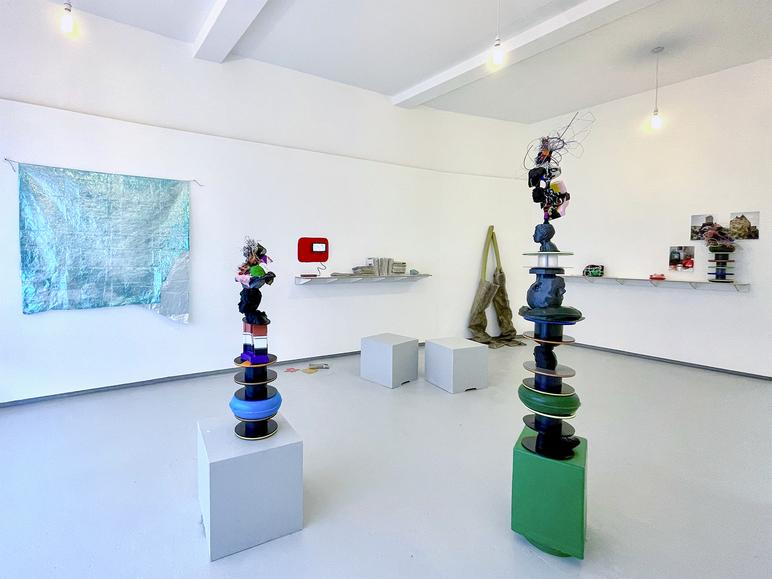 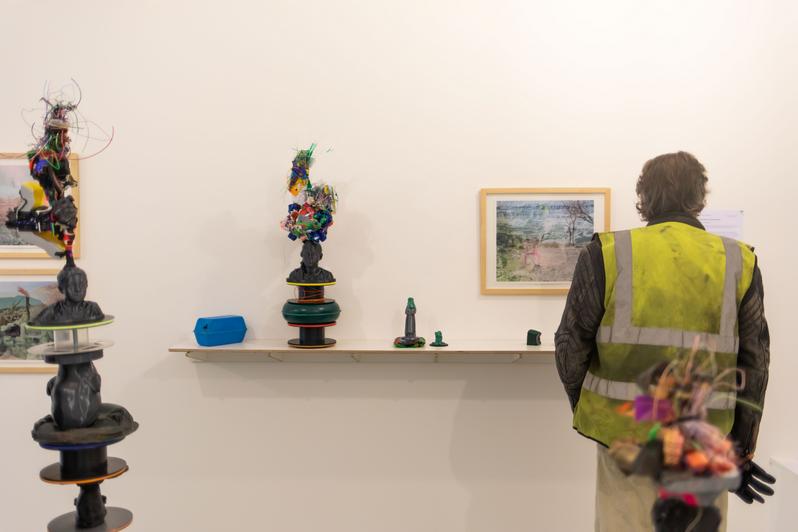 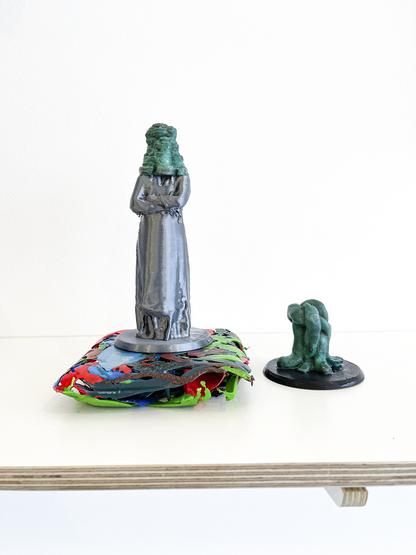 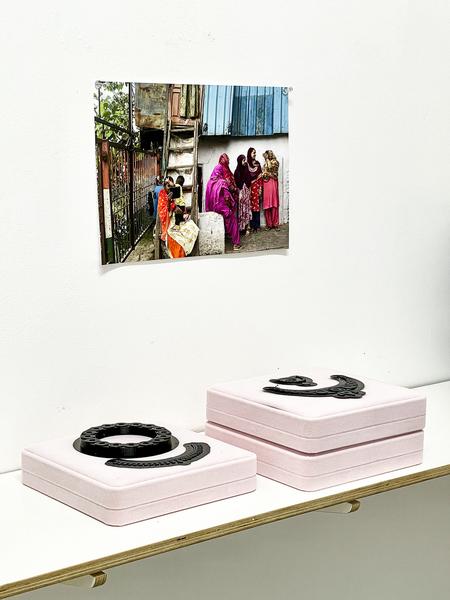 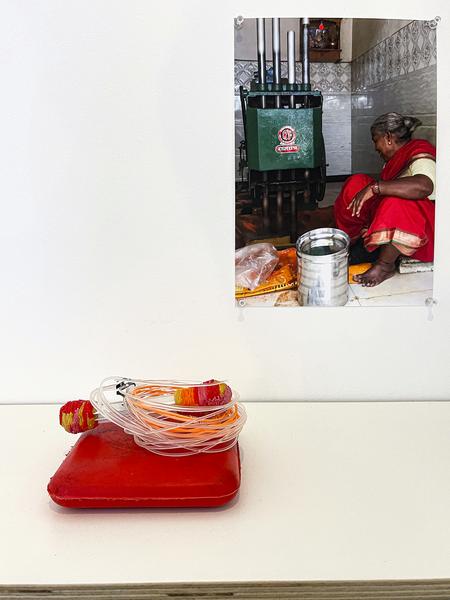 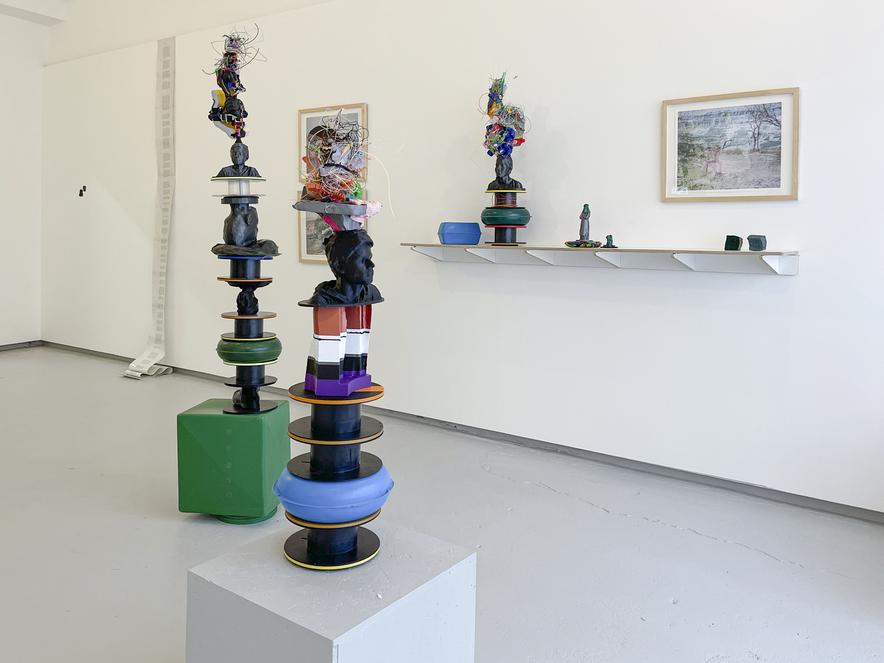 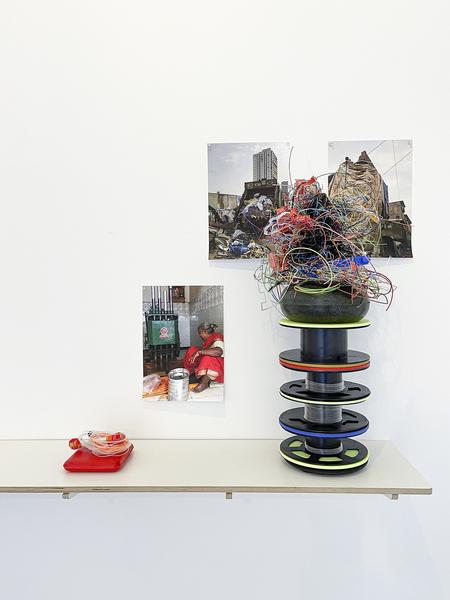 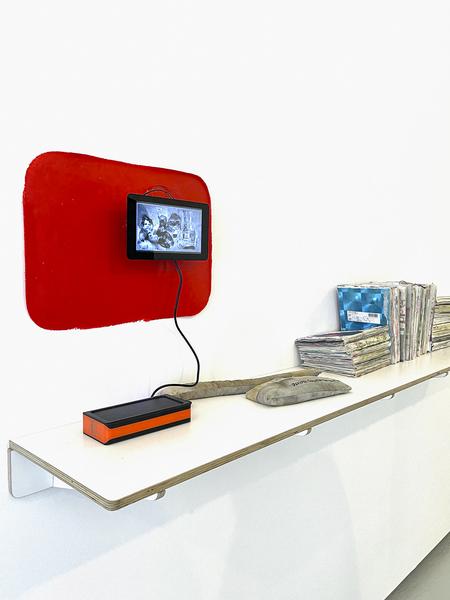 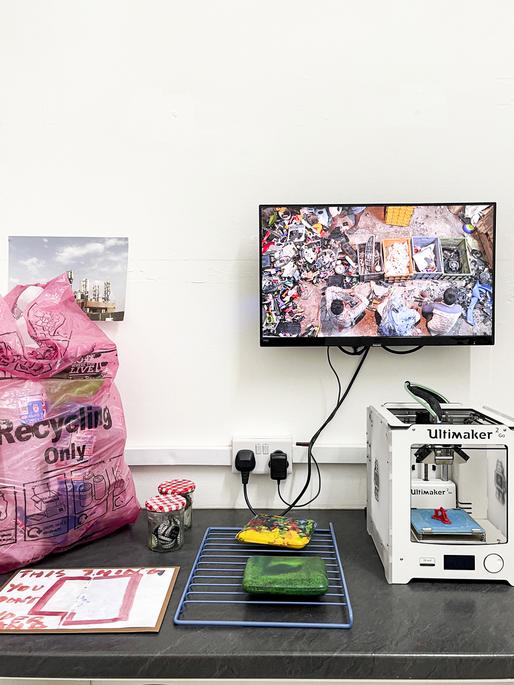 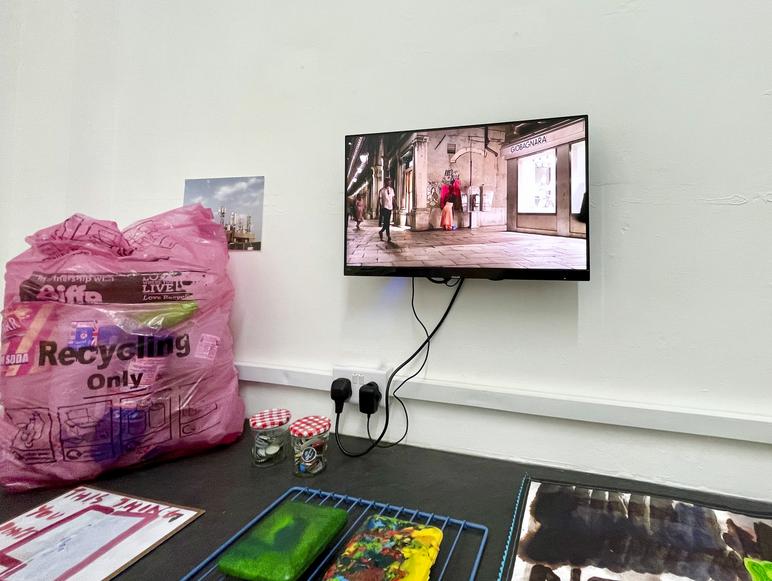 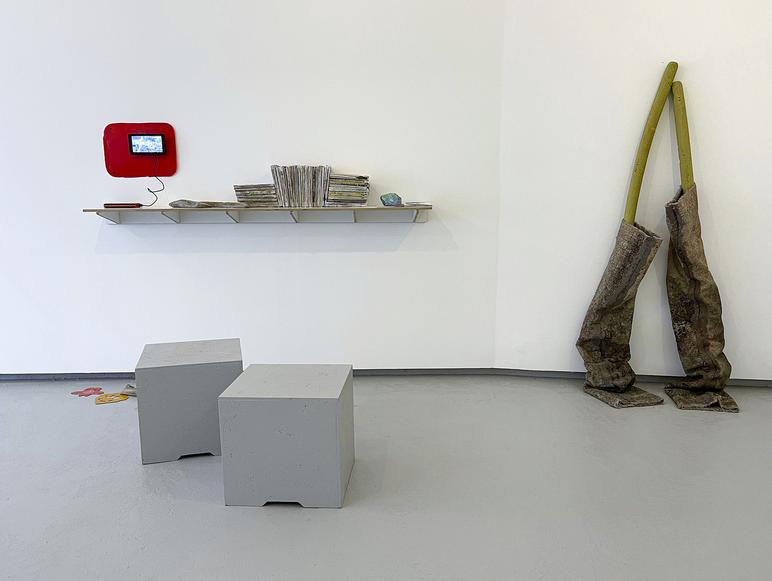 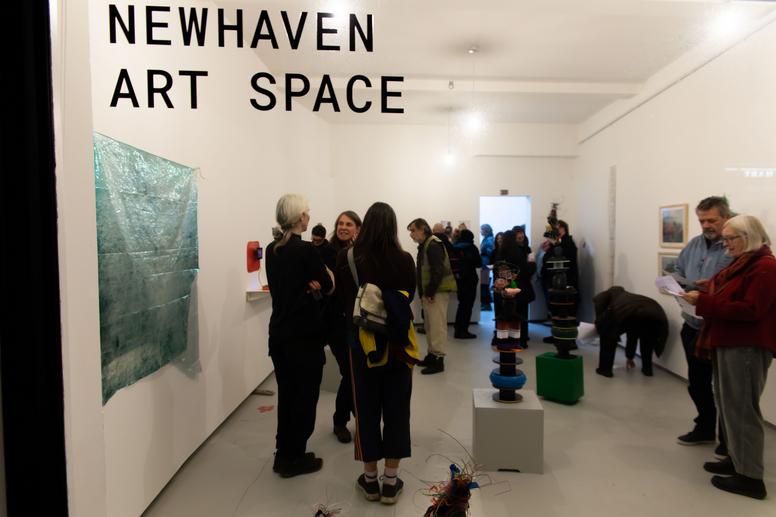 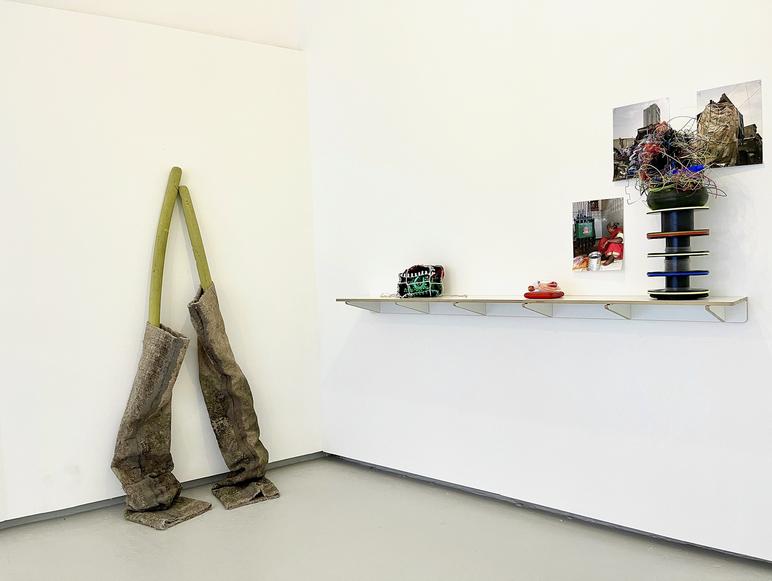 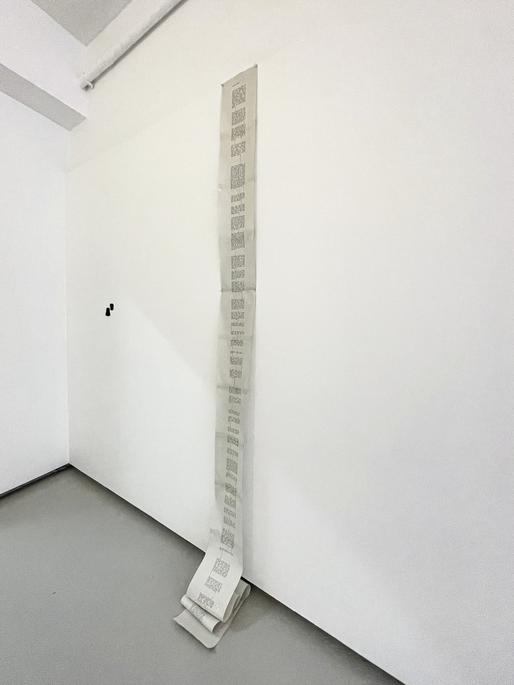 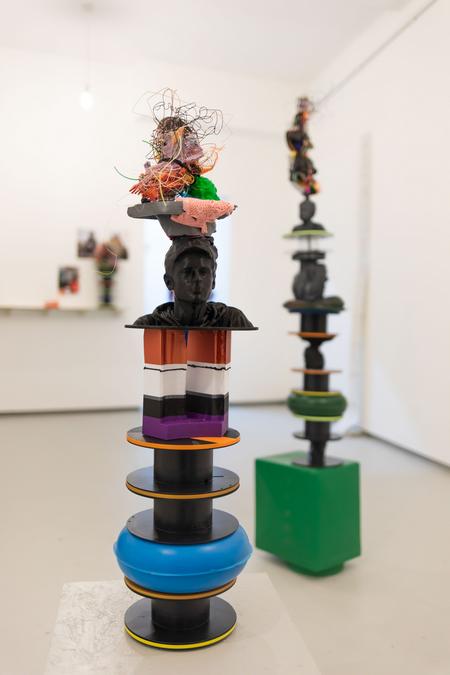 Taking its title from Vance Packards influential book The Waste Makers (1960) which publicised the correlation between environmental damage and disposable consumer goods. The Waste Makers on Cornucopia Street will transform the Newhaven Art Space on its high street into an exhibition and workshop environment which will ask us to think about themes around waste and how we might interpret, rework and reexamine it.
How do we arrive at waste? Is it matter out of place? What is the difference between dirt and waste? And what is digital waste?
Longstanding practices such as collage and assemblage are just some ways artists are able to foreground issues about waste and help glean new perspectives on this subject. The exhibition brings a set of diverse artists together. The first venue for this show, Newhaven, is dominated by an Energy Recovery Facility so these themes emanate through the landscape. Focusing on restoration and rehabilitation the exhibition will present work from North America and India as well as the UK, representing the globalised nature of waste.
From the global south, the Compound 13 lab will present their experiments in plastic recycling created inside Dharavi, the centre of the recycling trade in Mumbai.  And from North America Miguelzinta Solis challenges ideas about how the cornucopia of the West has created both a belonging and un-belonging. Through the aesthetics and cultures of DIY from zine making to 3d printing, the show will firmly look towards the future.

Some brief notes on the participating artists:

The Compound 13 Lab is a space for experimental design and learning, based in Dharavi Mumbai. Their programme introduces 3D design and digital fabrication to disadvantaged, marginalised citizens who because of their socio-economic status do not normally have access to these resources. The materials and resources of Mumbai's recycling industry are the starting point for learning and teaching about ecological design and living solutions. The Lab offers young people access to these technologies through an experimental making space where issues of work, waste, and survival in the 21st Century can be explored.

Aqui Thami has collaborated with the Compound 13 Lab to design and make jewellery with recycled plastic. Aqui is an artist who bases her art around the culture of DIY, self-publishing, and intervention tactics. She runs Dharavi Art Room, and is a member of Bombay Underground, a collective that experiments with various public art practices, including zine making and performance art.

Ben Parry has made the plastic mahal maquette  and produced the  Vitra- wastescapes film contextualising the plastic recycling district of Dharavi Mumbai India. Ben lives and works in Bristol. Author of the book Cultural Hijack: Rethinking Intervention (Liverpool University Press, 2012), an anthology on urban art intervention. He is a longstanding collaborator with Acorn Foundation India and the residents of the workers colony in Dharavi’s recycling district. In 2017 he developed the urban ecology and design space  in Dharavi, The Compound 13 Lab.

Jasone Miranda Bilbao commented upon the making of her work,  Foil weathered 2018-2019 created from a piece of two sided metal foil paper; viridian in colour and backed with silver,  ‘I bought a large roll of metal foil paper in Old Delhi because it made me think of photography and I liked the sound it made. I took it to the studio and cut a large piece and hung it in the terrace. In November Delhi is rather windy, and sunny. Overtime the paper weathered and acquired patterns that are a kind of image of that time in the terrace.’ Jasone is a multidisciplinary artist. She lives and works in Delhi and London. She is regularly on the move and this nomadic lifestyle assists her art-making.

Migueltzinta Solis said of his specially conceived piece for the show titled Souvenir/Recuerdo. ‘Living far from Mexico’s national borders, it is funny to find heaps of souvenir charro hats – called “sombreros” by non-Mexicans – in thrift stores. Souvenir means “memory” or “remember” in French, recuerdo the same in Spanish. When one is far from one’s motherculture, one often ends up recycling and repurposing objects that carry stereotypical ideas of that culture in a desperate effort to not forget. This is ironic as this charro hat was made with the sole purpose of leaving Mexico as a nostalgic tourist object. Here the charro hat has been compressed into a bale of cultural “waste,” much as garbage and recycling are compressed for transportation. Migueltzinta Solís is an interdisciplinary artist and writer. He works in performance, video, installation, new media and textile. Migueltzinta is a mestizXXX homosexual and FTM transsexual he was raised between southern Mexico and northern California and lives and works on Treaty 7, traditional Blackfoot Territory in Lethbirdge Canada.

Donna Mitchell is a sculptor working and living in the Southwest of England. Joining forces with found and scavenged materials she builds weird, world-appropriations gleaned from their environment. By editing and rearranging objects into unstable and temporary structures she obtains clues, gathering up the leftovers and the excess and intervening with worldly processes already going on. These animated sculptures talk to us about the materials that they are fashioned from, remaining active, altering as time passes. The mundane becomes magical, or holds new meaning, while at the same time is quite baffling and nonsensical. It seems possible that this ‘material wreckage’ has manifested itself on its own terms encouraging us to look at the world anew. Donna describes the process for making Tidal Socks on Cornwall Beach, North Corner Devonport in July 2022. ‘Whilst on a residency in Plymouth I discovered North Corner. It's an old part of town where the 1960’s fly-over bridge dominates the waterfront. Beneath this road the beach falls away steeply in a constant darkness. It is a place where flytipping frequently occurs and the River Tamar brings in its salvage daily. Working alongside the tide, I sewed the socks, following the traces of sea snails, moss, and lichen on the composting carpet’

Andrea Mason specially created Service Providers (2022) for the exhibition. She explains: "In my attempts to create readable prose through the writing up of electronic waste – in the difficulty of that task – I materialise the impossibility of visualising the problem we face regarding waste and the environment. There is something particularly affecting about E-waste in its toxicity, and yet we rely on it to provide services and communication. The piece as seen here is the start of a longer text publication and is a component part of a larger project, a hybrid-text novel about waste.”  Andrea is a London-based artist and writer. Her fiction pamphlet Waste Extractions is out now at Broken Sleep Books. Her novel The Cremation Project, shortlisted for the inaugural Fitzcarraldo Editions Novel Prize (2018) and longlisted for the Dzanc Books Fiction Prize (2018), is forthcoming in November 2022 with Bearded Badger.

John Walter, specifically edited the video piece 'Directors Mulch' for the exhibition, this was played on a monitor that was powered by a solar battery. ‘I have come to view my artistic practice as a decomposable system; one that can be dismantled into an array of parts, sub-routines, do-loops and syntax from which new types can be assembled in response to a change in context or input. Director’s Mulch demonstrates this process using my own digital waste. It is composed of fragments found on old hard drives - animation, VR, video, audio - that are hybridised. These chimeras become the source to generate verbal prompts that are entered into an AI package. The resultant images are morphed into animations, which are fed back onto the original sources. The final video isa combination of this material, cut to a poem made from the text prompts. In all, it is an instruction manual for replication and mutation - recycling with added enzymes.’ John is a British artist whose practice incorporates a diverse range of media including painting, moving images, installation, and curation. He is currently artist in residence at a medical lab in San Francisco. He has named his style "shonky", by which he means the unfashionable, the awkward, the provisional, the non-canonical and the imbalanced.

Louisa Minkin is an artist based in London. She has been hand-making books for over a decade as part of an extensive practice. ‘Ian asked me to show some books I have been working on for the past decade or so. Making and re-making them is a daily practice, cutting and folding in junk mail, flyers, lecture notes, stuff that gets shoved through the letter box, overwritten with spam and back-chat from internet relay channels.’

Amanda Jobson's chemical photographs of layered negatives describe the beach landscape and terrains that she works on when collecting waste from her locality.  Amanda is an Artist, Campaigner, Green Councillor, Hastings Borough Council St Leonards on Sea.

Sharmila Samant has photographed the Dharavi community in surprising ways. Samant’s visually exciting work questions the globally evolving world from an Indian perspective, she  has exhibited her work internationally, including at the Sydney Biennial, and has had recent solo exhibitions in Mumbai and Geneva.

Ian Dawson has presented his work that has come out of the collaboration with the Compound 13 Lab. The Lab members scanned themselves adding their images into sculptures which also utilised all of the different parts of the plastic recycling processes in them. Using the empty printing spools and remnants from the printing process as an integral part of the sculptures. Dawson curated the show bringing these works to Newhaven in response to how Newhaven's own skyline is dominated by a large Energy Recovery Facility.

Thank you to all the participating artists for their generosity. And with grateful thanks to the team at Newhaven Art Space who have worked so enthusiastically on this project without their support this project would not have been possible. Photography courtesy of Phoebe Wingrove 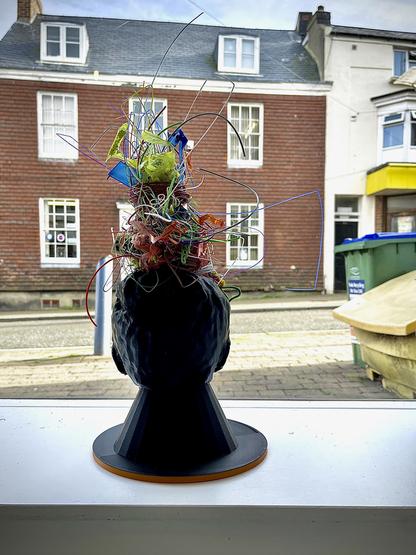 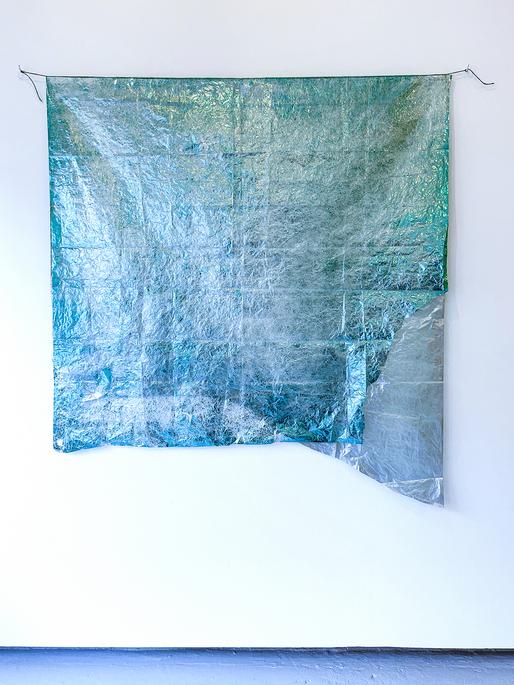 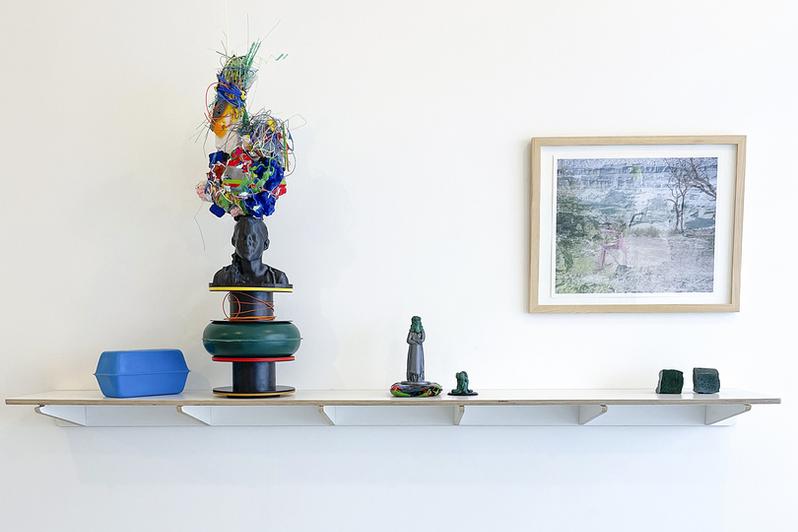 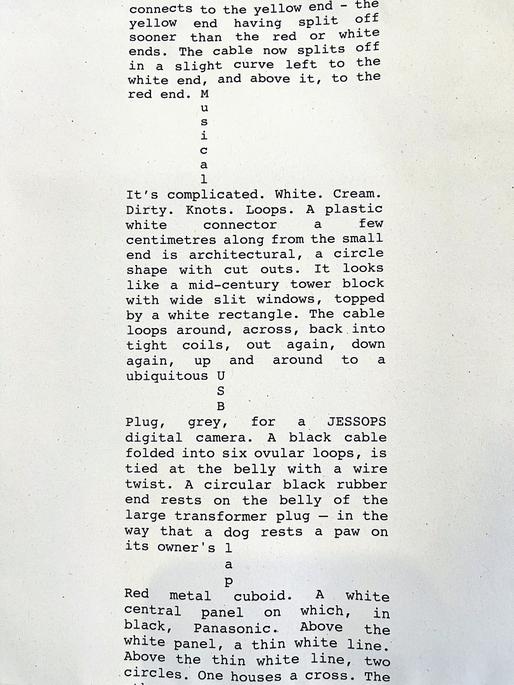 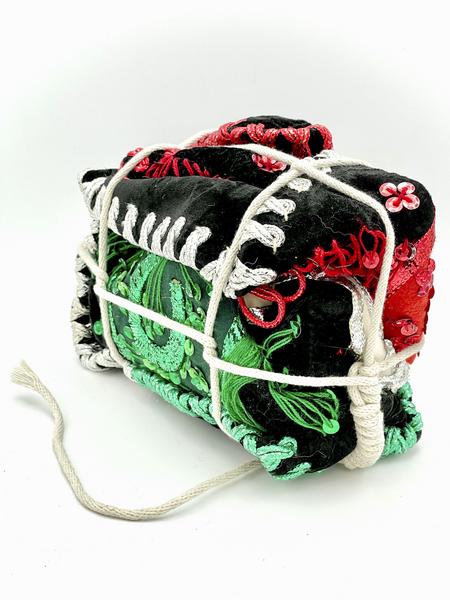