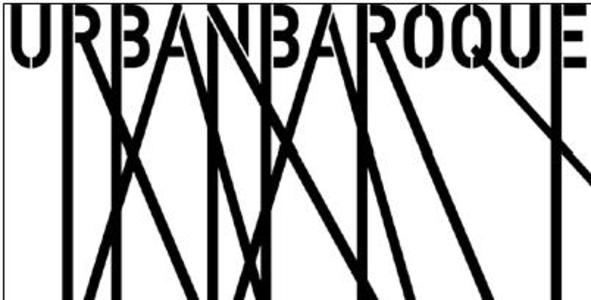 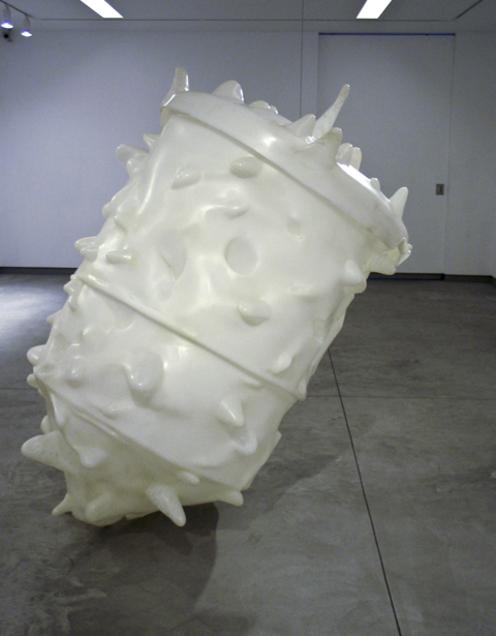 While the title has a good ring to it, the use of the word Baroque doesn't bear too close scrutiny. It ought to connote emotional excess, knowing rule subversion, and theatrical directness. Roman bells and smells can also help. The artist who best most evokes this last attribute is Ms. Gallaccio. She has been active on the London scene since the 1980s and has devoted her career, to the best of my knowledge, to a single idea. Luckily, it's a cute one: She arranges fresh cut flowers in a modernist grid under a sheet of thick glass, either on the floor or, as on this occasion, on the wall, and leaves them, over the course of an exhibition, to their inevitable, inexorable decay.

Mr. McQueen is a Turner Prize winner and video artist of subtlety and depth. Alas, his somewhat slight contribution here conforms to a stereotypical (think Damien Hirst) view of young British art: pristinely executed renderings of vague nastiness. The seven C-prints sealed within plexi that capture rolled up rags rotting in gutters are hardly Carravaggio. On the other hand, Mr. McQueen and Ms. Gallacio set a tone of slick rot which the other two artists extend in more suggestive ways.

The juxtaposition of Mr. Dawson's enigmatic sculptures and Mr. Lowenstein's graffiti- and Sci-Fi-inspired lyrical abstraction is what makes this show worth the journey. Mr. Dawson, who was given a solo exhibition this summer at Chelsea's James Cohan Gallery, subjects found plastic industrial containers to the blow torch to produce weird contortions, a kind of postmodernized Arp. The sense of nature reclaiming artifice with avengance connects with the flowers and rags, but Mr. Dawson's rich, ambiguous work is more individual and laive than his copatriots'. His sculpture has just the right mix of banality and otherness.

Drew Lowenstein is genuinely Baroque in his collision of salon abstraction and street attitude. He favors raw canvas and seemingly arbitrary stains for his grounds and a highly developed calligraphy (plus occasional bursts of cartooning and graffiti) for his figure. His mark-making is at once fastidious, fiddly, expressive and aloof. It looks as if he has mastered some lost semitic script, and like Islamic or Jewish micrographers, who arrange text into motifs or geometric patterns, he has his marks accumulate into vaguely depictive forms: In his case, what could read as space ships or ancient cities are poised on the brink of legibility. By showing Mr. Lowenstein with three emissaries of Cool Brittania, Ms. Ivorian Gray has emphasized both the funkiness and earnestness of this underrated New Yorker.