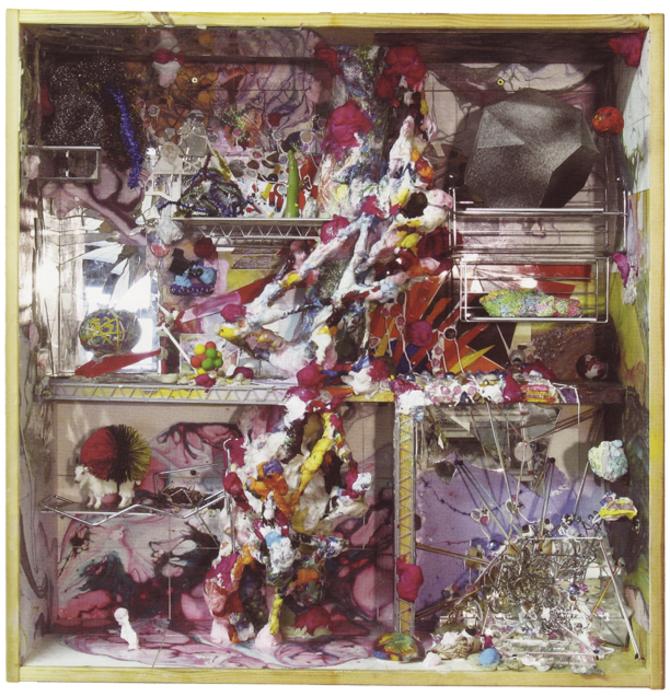 >There is a Collar for a Wild Dog 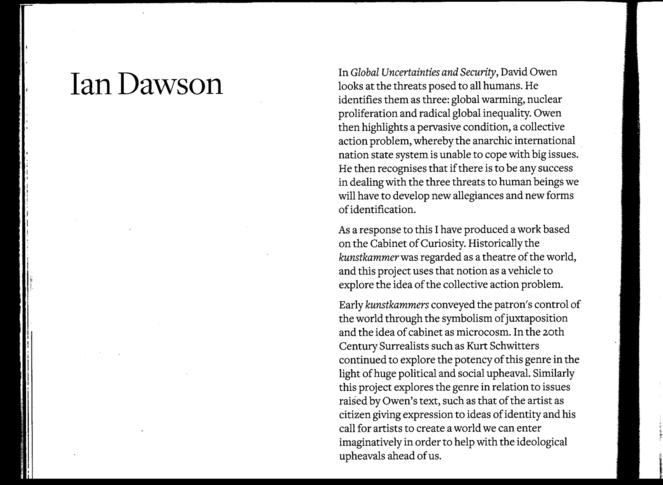 The topic of global threats to security immediately and sharply raises the question of the nature and scope of security. Recent years have seen a significant expansion in the use of this term beyond the traditional focus on military power of states in relation to the military security of states to encompass other forms of power (economic, political, ideological, etc.) exercised by state and non-state actors in relations to the security of states, peoples, groups and individuals. Consequently, consideration of global threats to security immediately raises the question of whose security is at stake. In what follows I will adopt the stance of taking global threats to security to be threats to the security of human beings in general. From this point of view, the major global threats to human security are three: global warming, nuclear proliferation and radical global inequality. Can the international system of sovereign states – which International Relations theorists characterise as an anarchic system since there is no powerful global government authority regulating sovereign states -- effectively respond to these threats?

Focusing on ‘the intensifying dangers of international anarchy’, Campbell Craig has expressed the issue cogently:

Certainly, one of the most evident failures of the nation-state system in recent years has been its inability to deal successfully with problems that endanger much or most of the world’s population. As the world has become more globalised – economically integrated and culturally interconnected – individual countries have become increasingly averse to dealing with international problems that are not caused by any single state and cannot be fixed even by the focused efforts of individual governments. (2008: 135)

Such threats raise what are known as collective action problems that is conditions in which states, collectively, have a compelling interest in the threat been defused, and states, individually, each have a clear interest in minimizing their own costs in such an enterprise and, ideally, ‘free riding’ on the efforts of others. A clear instance of how such problems can structure the behaviour of states is provided by the examples of the current failure of states to meet the threats of global warming and nuclear proliferation.

In the case of global warming, all states recognize that they have a collective interest in meeting the threat to the planet but each state aims to reduce the impact on their own economies and populations. The failure of the USA to sign up to the Kyoto Agreement – itself a weak and ineffective set of measures – on the grounds that compliance would threaten the American Way of Life or, to give another example, China’s reluctance to sacrifice the pace of its own current economic development are indicative of the problem posed our ‘anarchic’ international order. In the case of nuclear proliferation and the permanent threat of thermonuclear war, it remains the case that while states collectively recognize the overwhelming danger of nuclear proliferation, the benefits for each individual state of membership of ‘the nuclear club’ may appear highly attractive.

While not posing the same threat of human extinction (or something close to it), the third global threat – that of radical global inequality – functions not only as a threat in its own right, generating weak states, proxy wars, populations unable to protect themselves against famines and epidemics, large scale refugee and migration flows, regional destabilisation, etc., but also as a catalyst to the two threats already considered. In a world in which states are formally equal but radically different in terms of power, a world in which the populations of states enjoy vastly different standards of living, resistance to the sacrifices demanded by sustainable ecological forms of development is likely to come from the weak and poor as well as the strong and rich. Similarly, nuclear weapons technology represent one route through which weak states can significantly alter their standing and power in the game of global politics, while strong states seek to protect their own advantage.

These considerations suggest that if the current system of international anarchy is unable to meet the threats that humanity now faces because this system of plural sovereign states generates collective action problems in trying to confront these types of threat, then our current global political order is itself a threat to humankind – we need, that is, to move to a form of global politics in which there are effective, powerful global institutions of government that have the authority to impose environmental measures, to control nuclear proliferation and to engage in the redistribution of global wealth, resources and opportunities through transnational taxation, welfare and education systems.

One model for the development of such a form of global government is provided by the history of the European Union; yet given the demands that will be made of rich and poor alike in confronting the threat of global warming, it seems likely that the realisation of such a political project will require that human beings develop cosmopolitan allegiances, forms of affective identification with their fellow human beings as human beings that can sustain an effective practical commitment to the liberty and well-being of distant strangers.

That such a problem is not insuperable is illustrated by the fact that it is the same type of problem that confronted the development of nationalism which Benedict Anderson has famously termed an ‘imagined community’ precisely because it involved moving beyond face-to-face and family kinship forms of community to a mode of community that linked individuals in the depths of Hampshire to distant strangers in the wilds of Northumbria. It is also, incidentally, the same type of problem that has been confronted and largely solved by the Catholic Church, the Muslim Umma and other global religious communities. And in all of these cases, art – including architecture and design – have played crucial roles both in giving expressing to, and shaping, the imagination of these forms of community and in helping to sustain the bonds of their distant members.

In noting this fact about the history of art – Western and non-Western alike – I do not mean to speak of art as propaganda (though this too has played a role) but of the way in which the artist as citizen has given expression to ideas of nationhood, of political community, of civic life or the artist as believer has given expression to ideas of God, of human suffering and redemption. The issue that this raises is that of what one
might call the artist as cosmopolitan actor or global citizen – of the forms of artistic expression, the techniques and media, the topics and styles that are appropriate to, or can be mobilised by, contemporary artists in addressing the dilemmas and project of our time. The point here is not simply that art can give expression to our current condition of insecurity in a way that enables us to recognize ourselves and others in ourselves, but that art can give expression to, and enable us to enter imaginatively into, a world that is not yet – and perhaps may never be – but that is possible for us, and in doing so art can enable us to feel what inhabiting such a world might be like.

Professor David Owen is Professor of Social & Political Philosophy within Social Sciences at the University of Southampton.