Accompanying text: ‘Mimoid’
In Solaris, Stanislav Lem‘s 1961 Science Fiction Classic, the term ‘mimoid’ is used in a very particular section of the book. This section describes the ‘plasmatic’ metamorphoses of the oceanic formations on the surface of the moon where this novel is set. The Passage begins when the narrator Kris Kelvin comes across the vast collection of research into the phenomena of the seas. Here a ‘mimoid’ was a semantic description given to illustrate a particular behavioural characteristic of this ocean.
The passage describes a sea made from a yeasty colloid, which creates formations that can dwarf the ‘grand canyon’ and at points the book describes these as resembling a colossal python sluggishly digesting a swallowed a mountain.
The ‘mimoid’ describes the phenomena whereby the sea imitates objects external to the ocean. This process is described as a violent upheaval by the sea. The process begins when massed ranks of waves converge from all direction, these masses of waves can break and seethe for days, even months in a constant upheaval, this sometimes remains undeveloped. But at other times this upheaval aspires to an ultimate condition, the ‘major mimoid’ when the ocean begins to copy foreign bodies. The passage describes how some researchers thought this final stage to be a degeneration or necrosis, choosing to see the appearance of copies as a dissipation of the life energies of the ocean, a process which is now no longer in control of creating original forms.
At this particular stage, a cloud would pass overhead and the ‘mimoid’ would awaken, it would become active and within a few minutes the ocean would produce an astonishing imitation of the cloud. But the sea showed most of its frantic activity when stimulated by objects of an alien origin, in particular machines where it would make grotesque caricatures. The ‘mimoid’ would sometimes go into hyper-production where any given copy would be the subject of a wild flight of fancy, instead of simplification it would indulge in baroque deviations. This was to the scientists despair as they were at a loss to explain any common theme within this aspect of the performance of the mimoid.
Scientists threw themselves at researching these ‘mimoids’ providing the sea with numerous stimuli for mimicry, in the hope that they could establish contact between the two civilisations. But they were soon forced to admit that there was no prospect of communication and that the entire process of the ‘mimiod’ began and ended with the reproduction of forms.

In this passage Lem confronts the complex issue of the difference between reproduction and creation, and in this exhibition the works similarly explore ideas surrounding language, mimesis and originality. 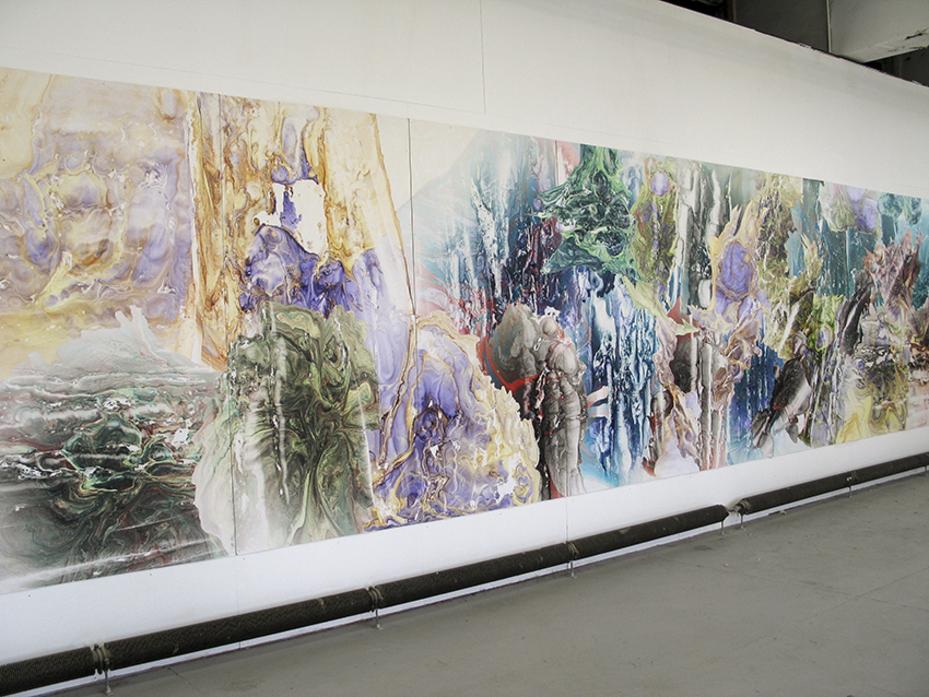 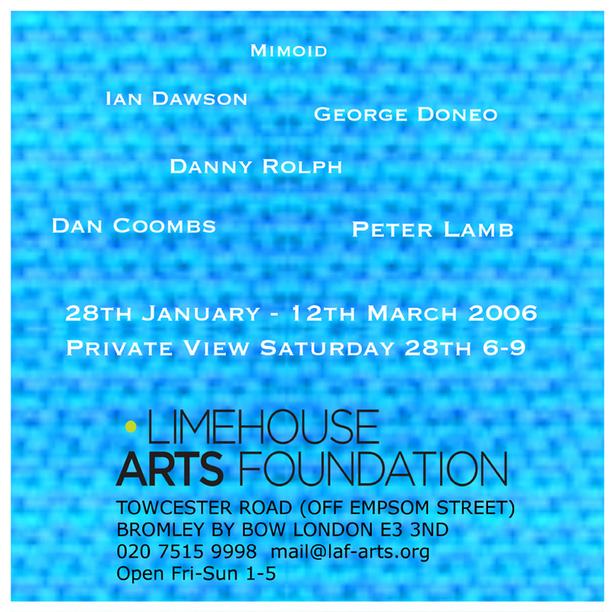 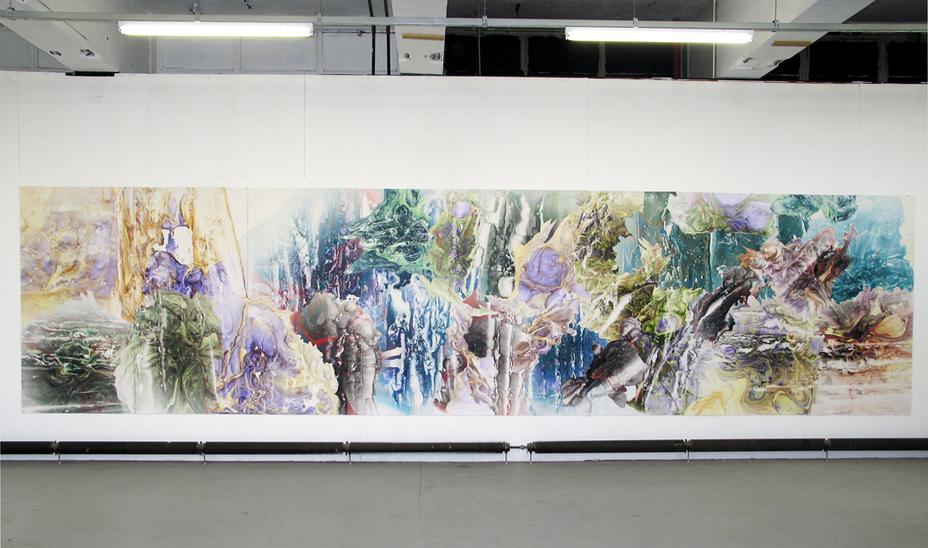