>" Gilbert and George said a good thing: that they wanted to bring the bigot out of the liberal and the liberal out of the bigot- I appreciate that sentiment" Marcus Harvey

>"the minute the girls start screaming, everybody turns to identify the celebrity. But as the performance progresses through the event, they realise quite obviously that it is repeating and it’s not celebrities, that they are just unwitting people. And from the initial excitement of everybody turning to look it progressively becomes about people withdrawing because they don’t want it to be them. Jessica Voorsanger describing the Fan-o-gram 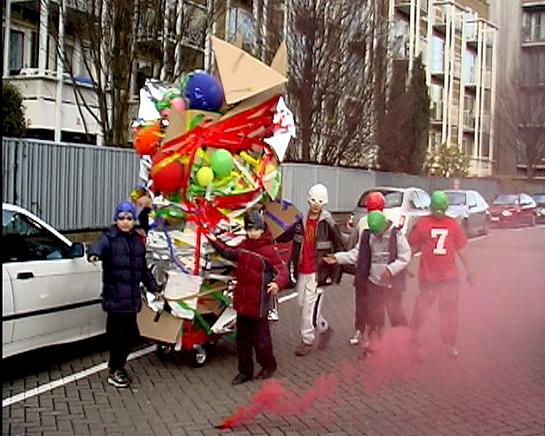 >'Whether it took us sixty takes to do something is unimportant because it isn’t how difficult it was. We want it to look effortless, not in a false way, not to trick anyone. We simply want people to be looking at the beauty of how a plastic cup falls off a table. That is the essence we are after” John Wood and Paul Harrison

>"Stuff. It starts with stuff rather than ideas. That’s it! The reason why I say it starts with stuff is because people ask me how do I have my ideas. And it is not necessarily that the ideas come first, it is often that I see something and I think that maybe I can use that." David Batchelor 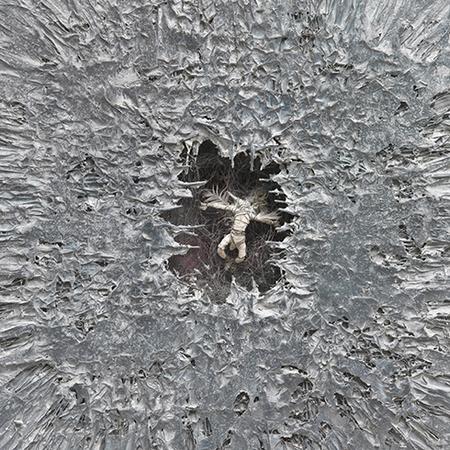 ‘When I am in a problem solving zone, when I am going beyond a certain attained level of personal expertise, they don’t really ever go wrong, they don’t necessarily work they way I want them, but that’s different." James Capper 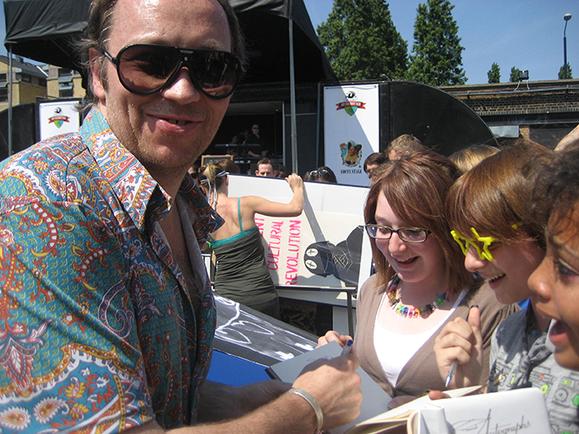 >"an idea needs to be put into the world in the simplest way possible. By simple I mean the most simply effective way possible. So usually that’s to do with taking an idea on a journey through the drawings, sketches and maquettes and bringing it back when it’s gone too far, pruning it back to where the work sits best within the idea" Richard Wilson

>“I had to go, ‘first thought best thought’ – I would have probably ended up at the same place anyway, because I was using the same amount of information and knowledge to make that decision anyway. Not having too much time to doubt myself was a really invaluable thing.” Sophie Newell

>"When I work with a material, I have to love the whole thing, the smell of it even. You know, you might say it's strange with steel but I love the smell of the coolant and the greases and all that - the smell of metal, even the welding - delicious! There is also something about the sound of a hammer on metal bashing around on an anvil beating something; it's very satisfying. And then you've got the clay, the mouldy, earthy smell. And also it's so receptive. You put a fingerprint into it and it's there. And now with the marble, when you’ve got the right stone, the right resistance, a strong but workable stone, and you start taking the chisel into it, you can really get a sense of the structure of that material, you get an understanding of the way it shears off as you get under it and lift layer after layer until you get to the bit that you want and that releases strange smells. Sometimes you get a whiff of sulphur and all sorts of other things. So making work is an inter-play between the senses and the intellect. And I think that it's a huge privilege to use your senses, all of them, touch, sight, hearing, everything making a piece of work." Almuth Tebbenhoff

> “The result of saying anything is possible, of having empowering meeting and claiming the artist is just the enabler; is often banal. The danger when you open things up too much is that you revert back to cliché. I am more interested in being dictatorial; it’s counter to what I saw as the prevalent ethos within socially engaged practice.” Alex Schady 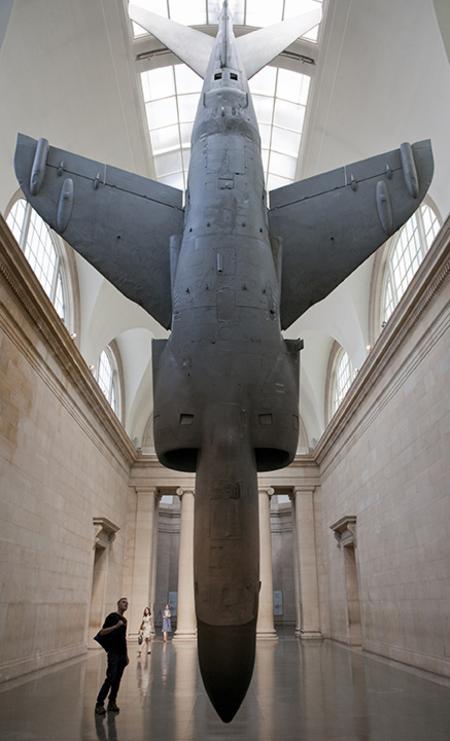 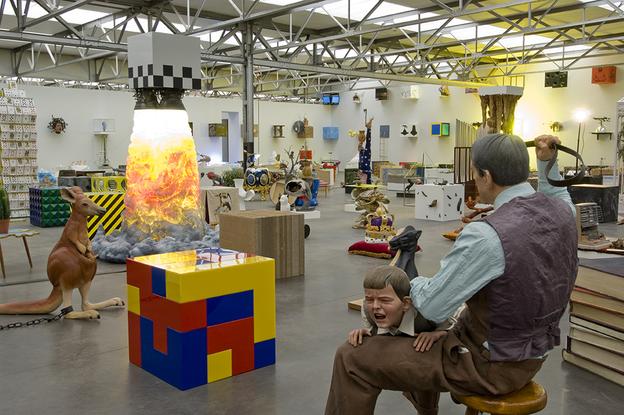 > "It was about bringing the object up close to meet the drawing, of not having the translation between looking at something and describing something." Anna Barriball 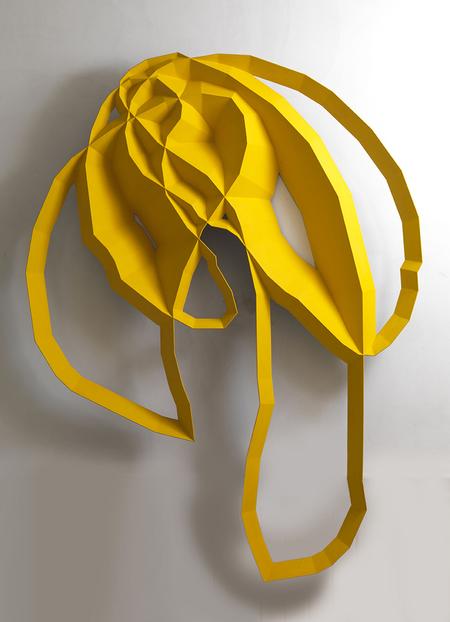 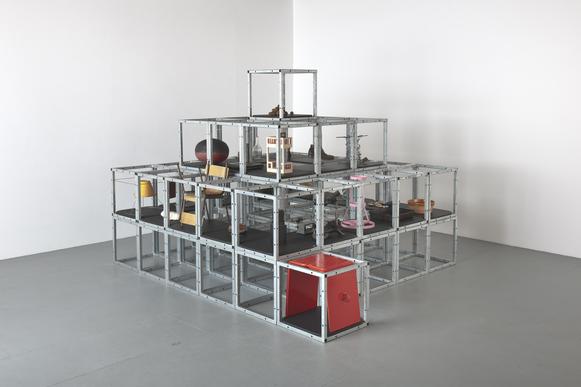 >“I’ve got a very strange studio. No one really occupies my studio, they never have. I’ve always joked about how I’ve always seen myself as a janitor. I go in and I sweep up. There’s no real visible sign that I ever do much.” Keith Wilson. 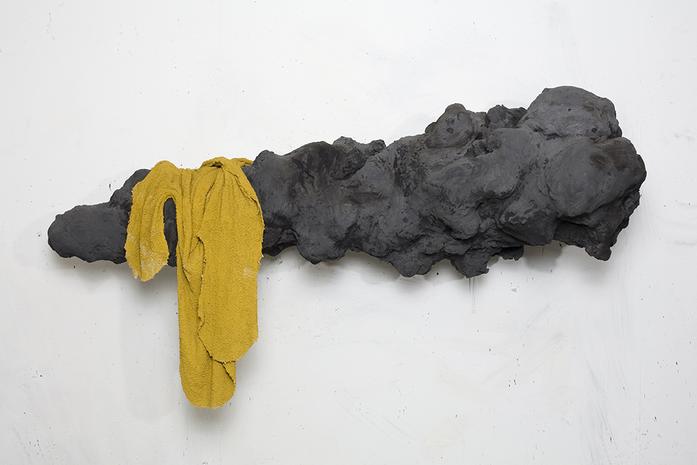 A Harrier Jump Jet suspended from the ceiling of the Tate its matt black nose cone hovering off the ground. An entire gallery submerged in oil, the sheen of this dense black surface offering a vertigo inducing experience. A puddle proposed as a piece of public art. These are just some of the sculptural gestures that have contributed to the emergence of sculpture as the preeminent art form as gallery goers flock to see artworks that occupy floor space and air space so decisively. Others piggyback off the side of buildings into the public sphere or create vehicles as processional props in performances that happen unexpectedly.

But how does this work get made?

Making Contemporary Sculpture is a journey into the world of the contemporary artist. Through interviews with selected artists Dawson has created a document that helps describe what it is like to make some of the most exciting contemporary art of today.

>"To shape and mould stuff at a fundamental chemical level, to inject it with properties, textures, and colours unknown to earlier generations, to mould it into objects and environments unknown to prior civilizations all these marked a degree of human control over nature. The developments of the synthetic chemical industry compared favourably with the idea of a pliant planet open to human influence. And by reconfiguring manufactured plastic with heat by instantly remoulding everyday plastic objects, this was a way for me to explore those analogies of the material." Ian Dawson 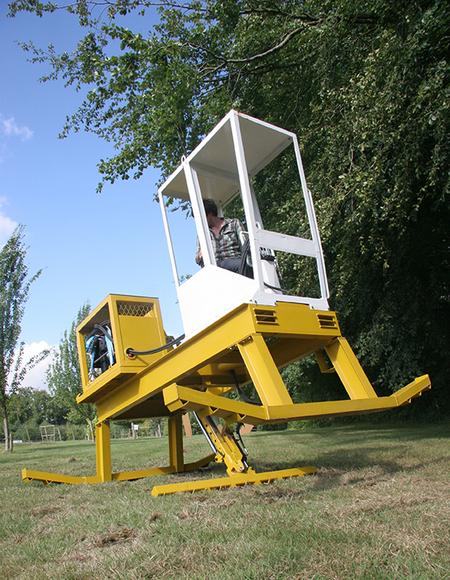 >"I remember Jules Olitski saying that he was trying to make a painting as naked as possible. That was the way I was going too. Seeing how close to the edge I could go and still call it a sculpture." Sir Anthony Caro

‘I couldn’t get to grips with the psychology of collage, because with collage you can just keep going forever; it’s like a psychosis in a way, you can use anything, it’s a kind of madness.’ Dan Coombs 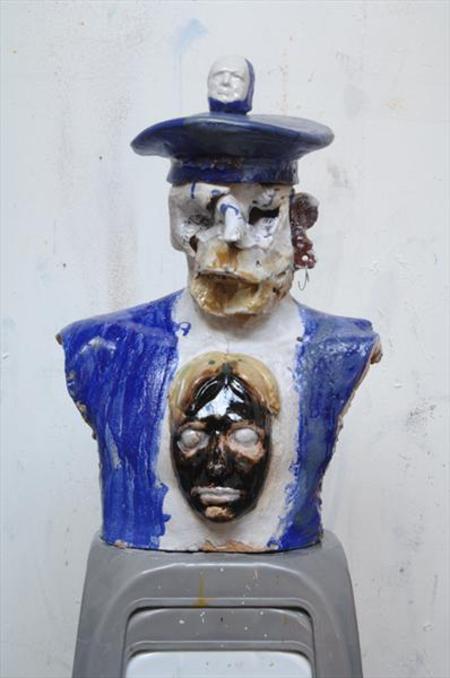 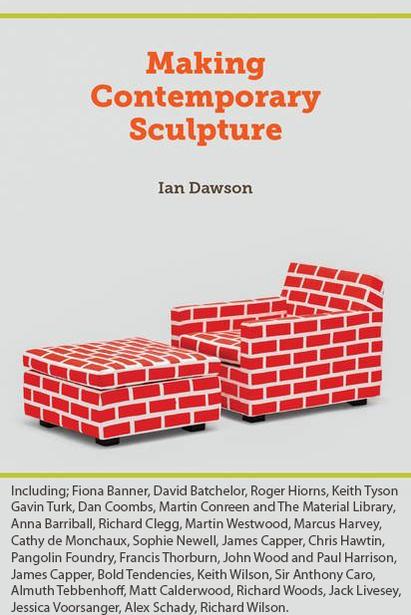 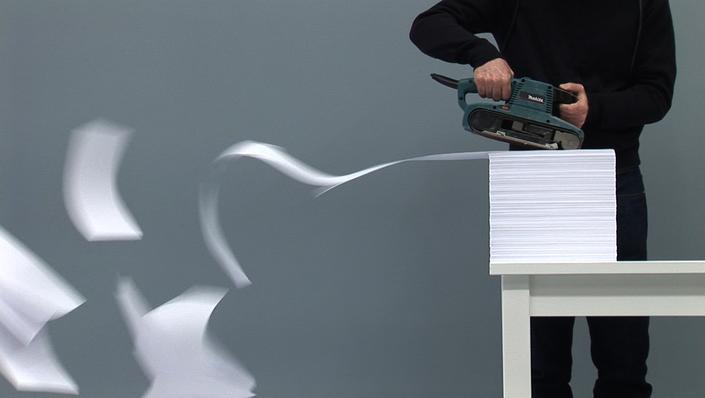 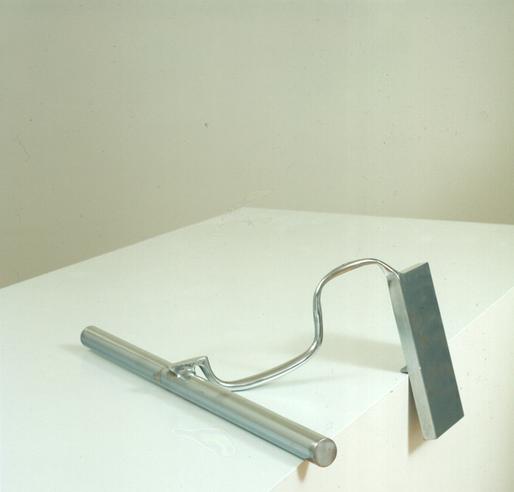 >“I am becoming ever more engrossed with how artist’s might be able to get power back in terms of trying to make things that are fundamentally interesting. To me, the only reason to be an artist is to at least have a go. Maybe that’s our hope, to say, ‘Let’s go back to the drawing board’, and find out what it is that we can convey to the rest of humanity.” Cathy de Monchaux 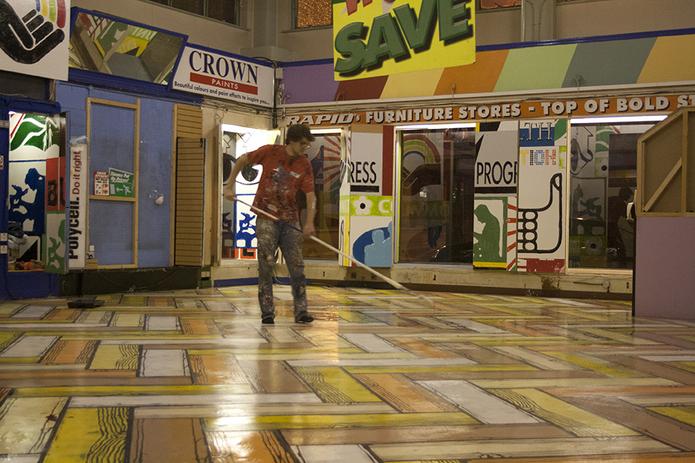 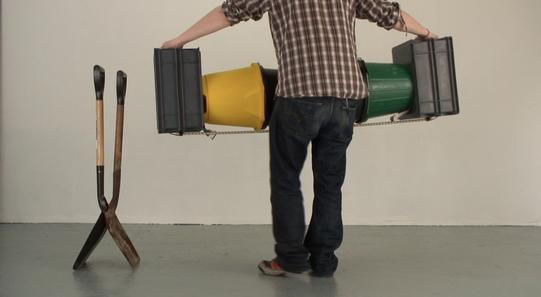 >“Well all art has a practical side at one end and a conceptual side at the other, and the only thing that varies is how far along that line they meet. So for me what’s really interesting is how that object can change because of the practical constraints that go with it.” Richard Woods 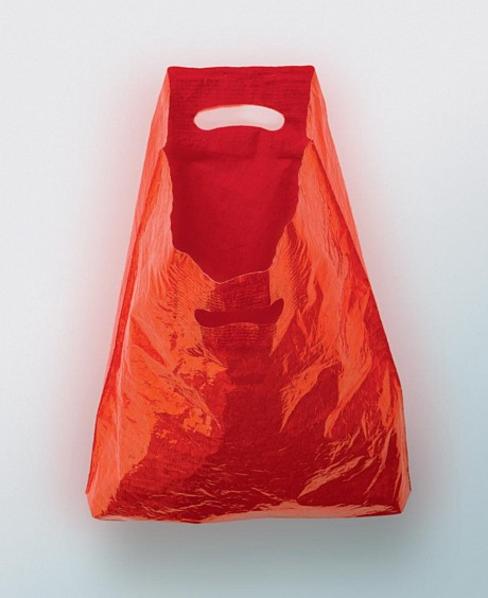 >"There were a lot of discussions about selling the work and who might buy them, and then I realised that was all wrong and that they were public objects, they worked because they were in a public space, that was a continuation of the public sphere, because they were such trophy objects, they had this incredible seductive draw, that it didn’t feel right, so then the discussion became about what should we do with these objects, they’re pretty big, so storage became a concern. In the end I rang everyone concerned and said I’ve worked it out, ingots, it’s the best way of storing metal. I broke the planes down into small pieces, I recently went to a smelting factory in Wales and saw them being melted down and poured into ingots, embossed either Harrier or Jaguar. I spent a lot of time researching the life of those two planes; one of them had been particularly active; so it was a relief to kind of erase them." Fiona Banner 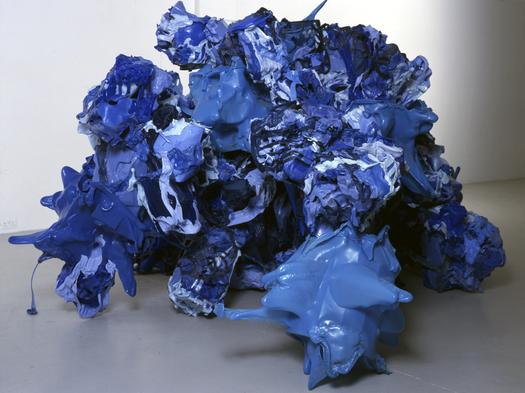 >"There is a certain amount of force and energy needed to keep the construction in the air. And if anybody helps or puts their hand on anything it's almost like they've earthed it and I can't feel it any more. The only time I've had a real collapse was when I had help. It was almost as if the instant they put their hand on it, it fell. It’s about getting around the problems of how do you put a dozen objects in the air when you've only got two hands. I like the help I get from the objects that I'm using, and that extends into the work, this cooperation between all the objects to a single end, to maintaining a status quo of sorts within a given space" Matt Calderwood 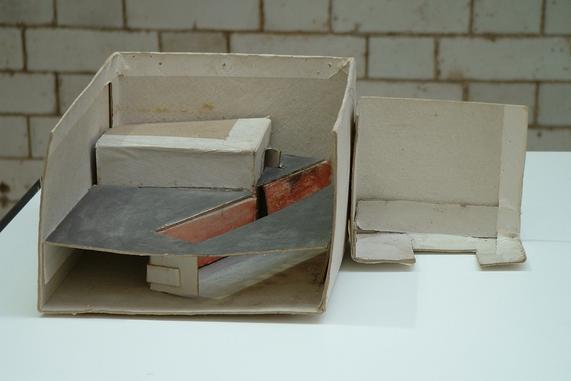 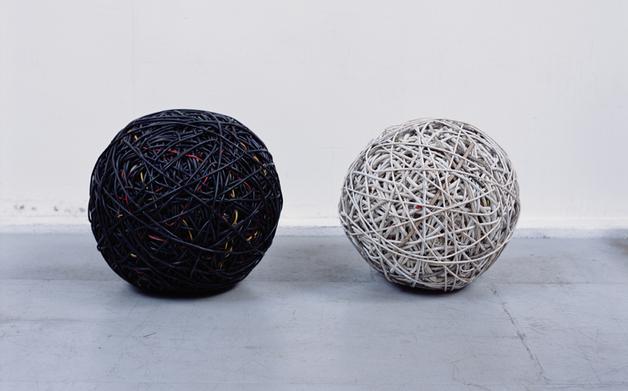 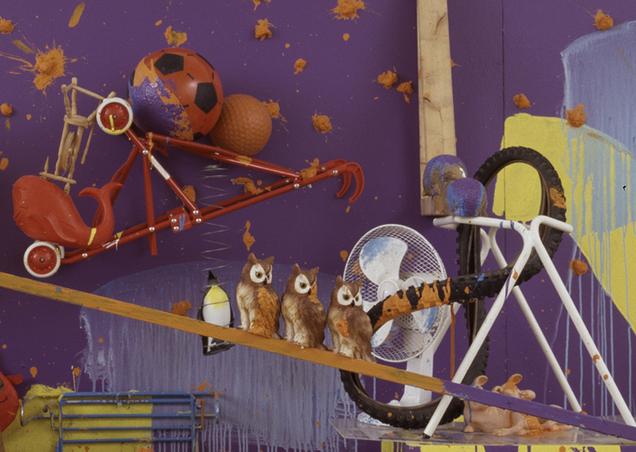 “I think human beings have a myopic focus: they focus all the time on objects and things and the artists job has often been to widen that perspective. The world to me is a network of amazingly intricate, beautiful interdependent systems, and that is what I am trying to represent and if I were going to just make one thing didactically, then I wouldn’t be representing it.” Keith Tyson