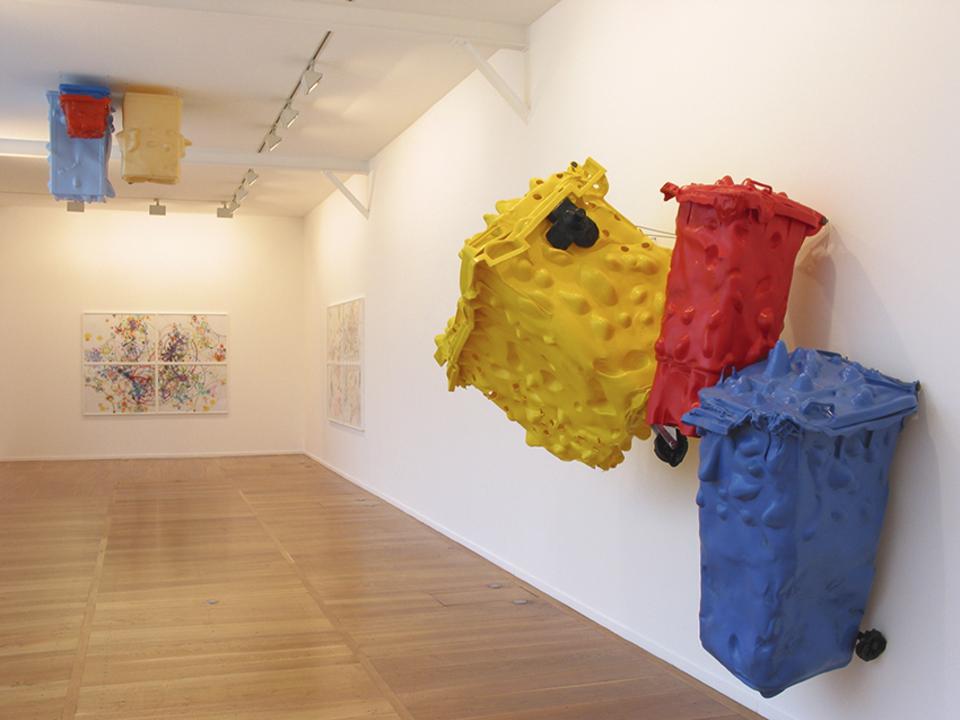 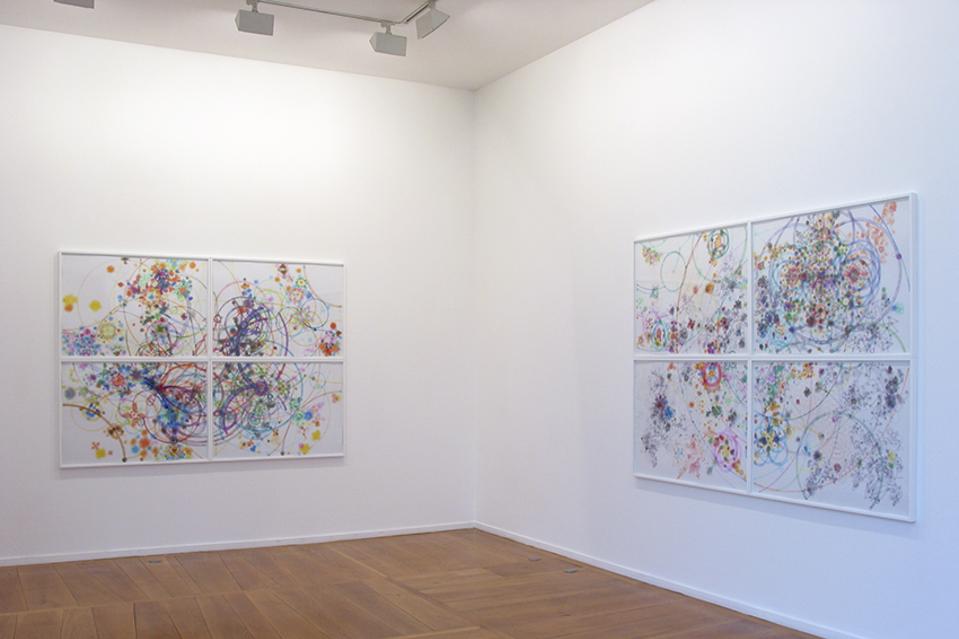 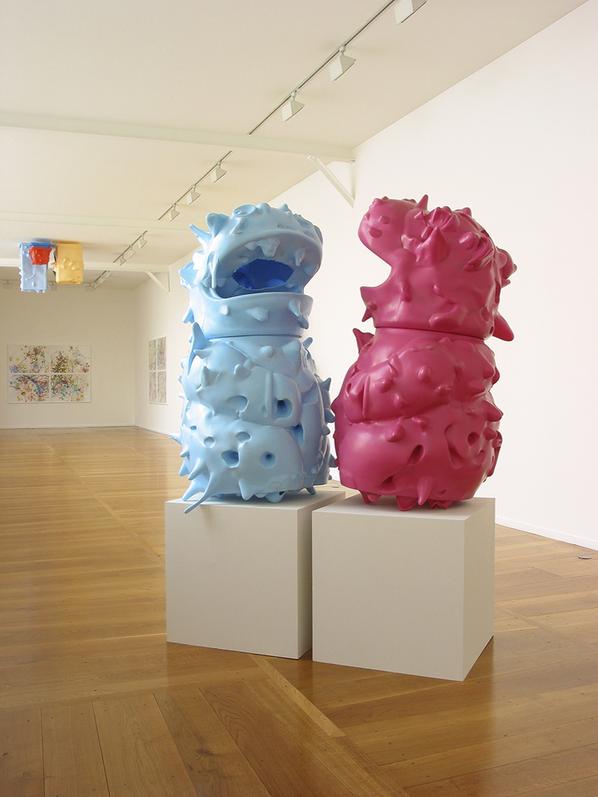 >Press Release: Galerie Xippas is pleased to present British Artist Ian Dawson’s debut exhibition in Paris.
In this new body of work, Dawson has melted a variety of rubbish bins all of them rotationally moulded from polyethylene. The manufacturing process involves pouring the molten plastic polymer into a metal mould which is then spun, the centrifugal force coating the walls of the mould with plastic, and solidifying when cool. This process is mimicked in the artist’s studio where the objects are suspended and spun while the heat of a blowtorch is administered. The results of both rotations are profoundly different as the bins are distorted and stretched, their previous identity only just intact, and somehow retaining a tenuous grip on one reality while morphing into another.
'Dawson's creative destructions subtly elaborate the various industrial and geological back-stories of plastic. In the beginning dead plants and animals became crude oil under profound terrestrial pressure and geothermal heat. Later, companies made toys and plastic hangers from the processed remains of those organisms then the artist restores some nature to them in the form of accelerated entropy. Dawson efficiently converts his new plastic goods into scrap in an extravagant production of waste.'
David Humphrey  February 2003
In these new works sets of bins are clustered together, a set of office bins hang stalactite like from the ceiling, while a set a bright primary wheelie bins protrude from the wall, the industrial colour coding that signals functionality is re-used and related to an abstract painter’s visual experience.

The artist will also present a set of 'spriolator' drawings made with a home-made toy. Made from « meccano », this contraption spins a pen in an endless spiral. These dense chaotic and colourful drawings contemplate a vastly elongated cycle like the rotation of the plastic or the endlessly long chemical chains that are plastic polymers. The skewed and obliterated geometry within these drawings are, like the sculptures, frozen moments that highlight and celebrate the irreversible process of decay.