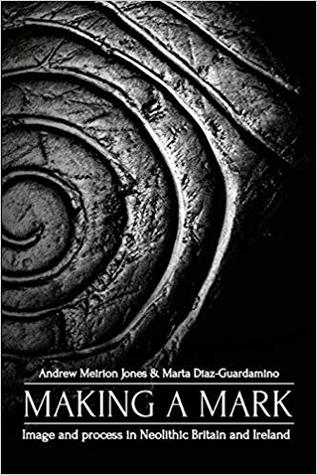 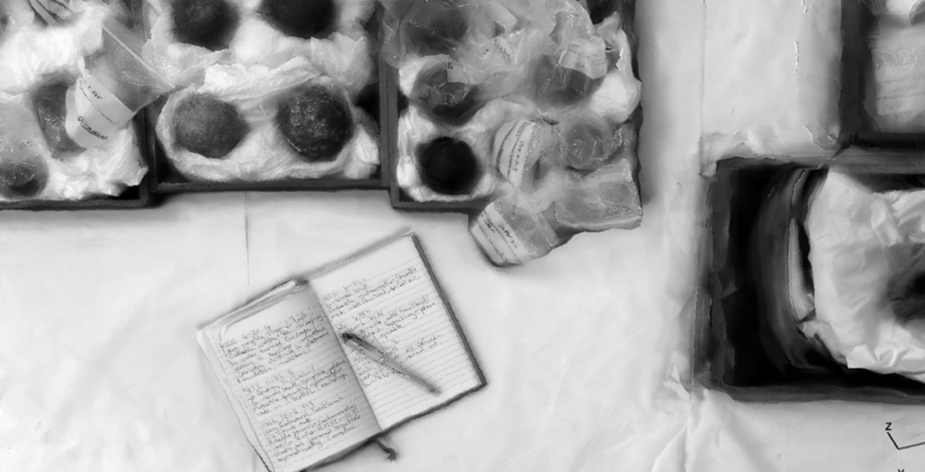 Ian Dawson and Louisa Minkin contribute with a discussion about the collaborative fine art practices established during the project. Both artists travelled with Jones and Guardamino during the five year project observing the cutting edge archaeological processes employed and the discoveries made by the team. Dawson and Minkin's chapter is organised across a sequence of discursive texts; these act as postcards sometimes sent from the physical places that they visited such as Orkney and at other times they explore the objects, events and exhibitions that were created in response to the project. The chapter is able to expand and extend on the rich relationship between archaeology and art.

A book chapter in Making a Mark: Image and Process in Neolithic Britain and Ireland  by Andrew Merion Jones and Marta Diaz Guardamino.