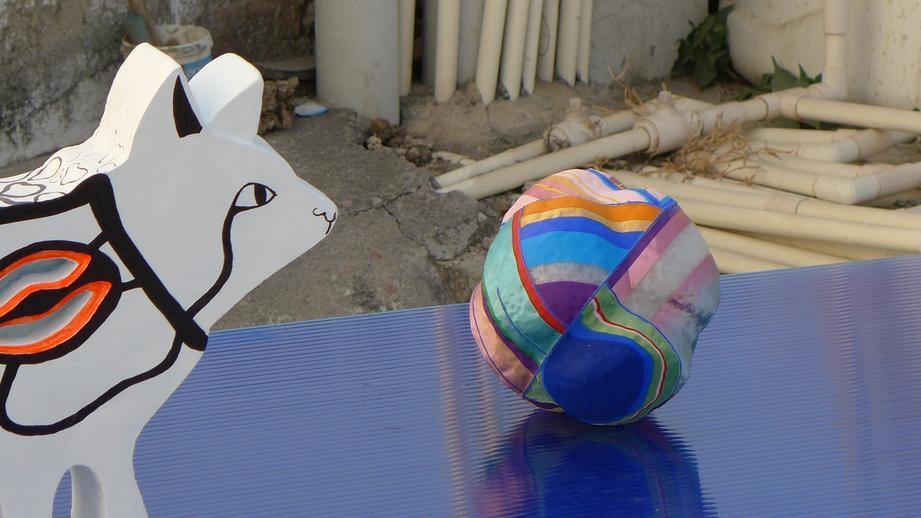 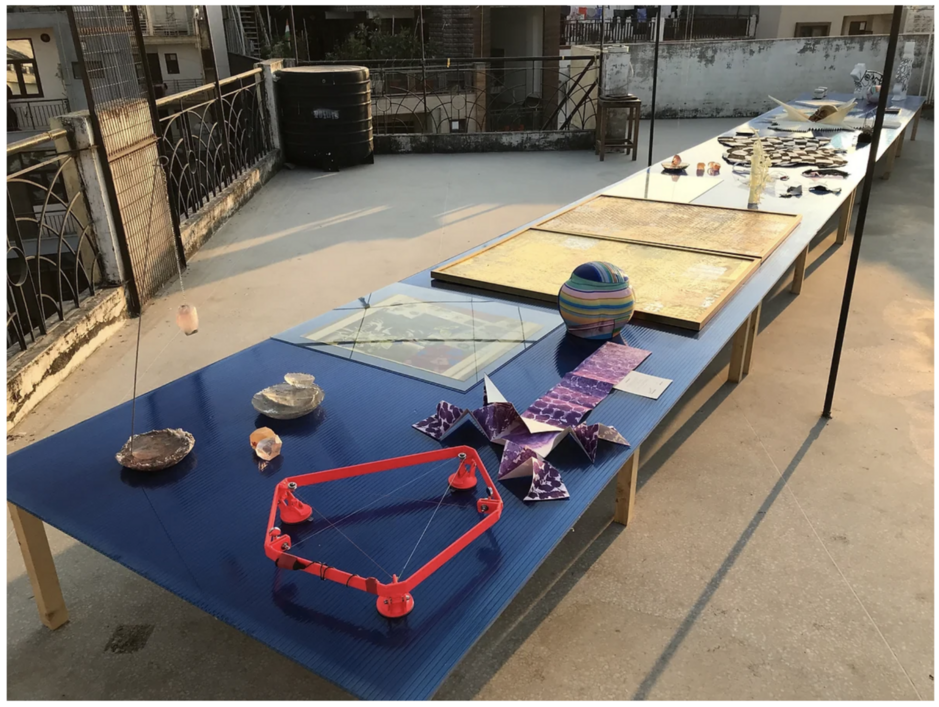 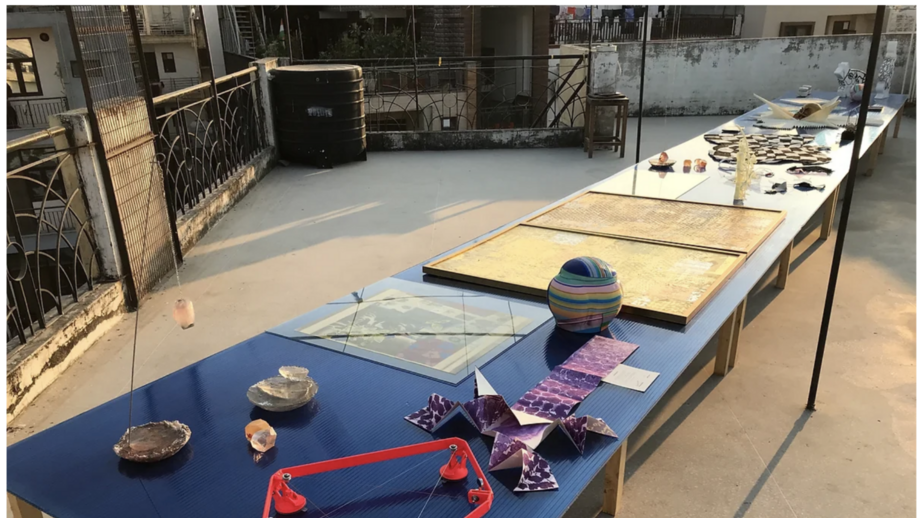 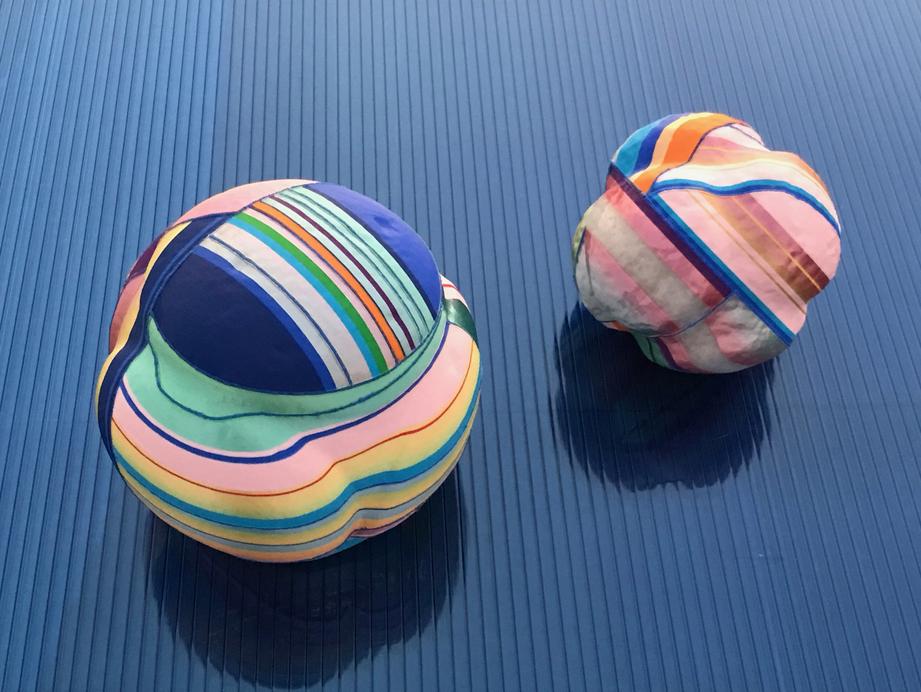 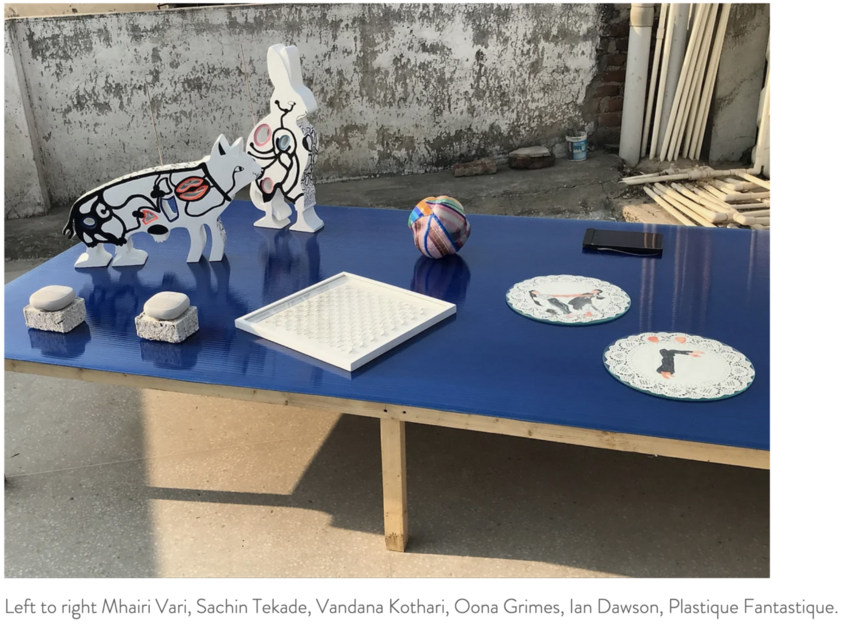 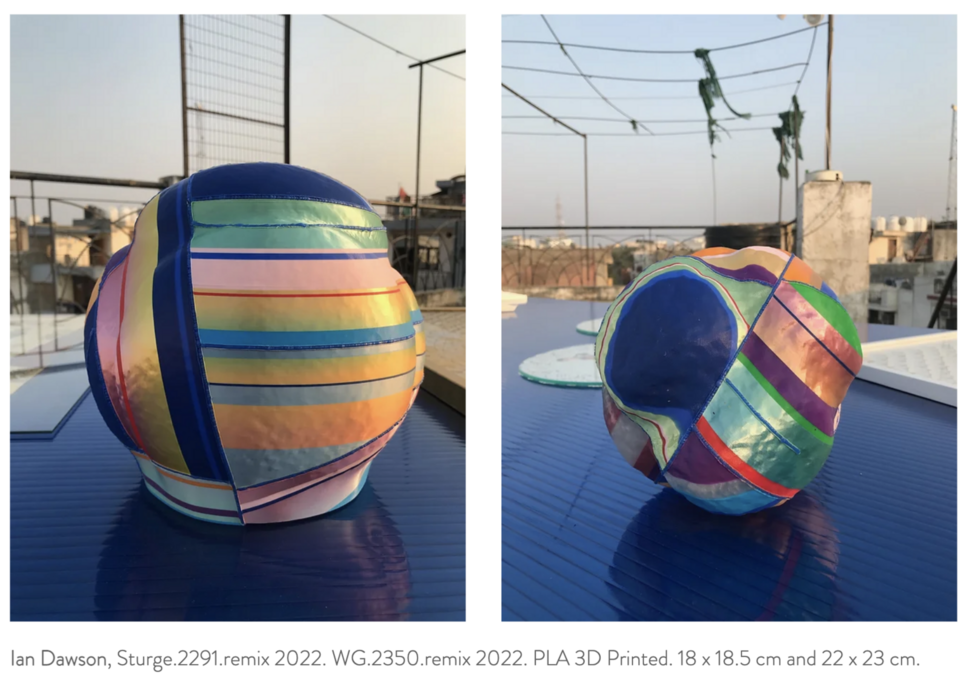 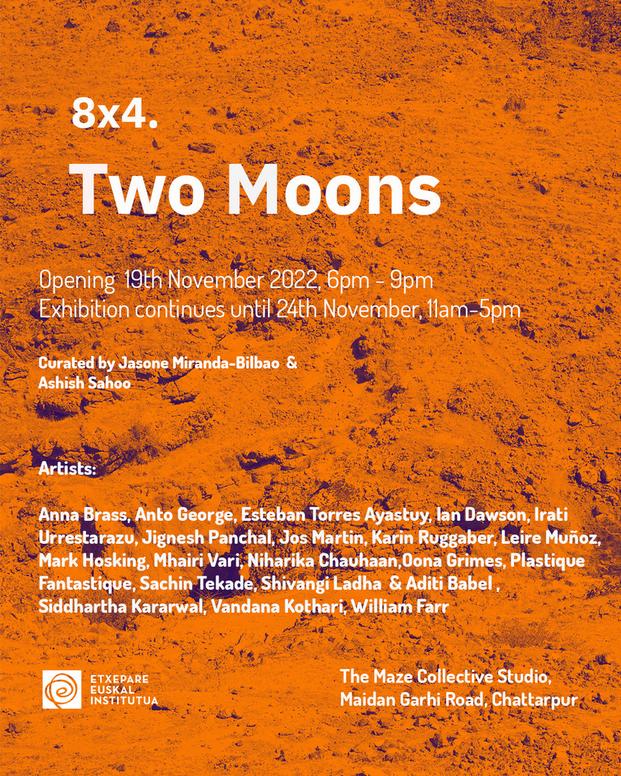 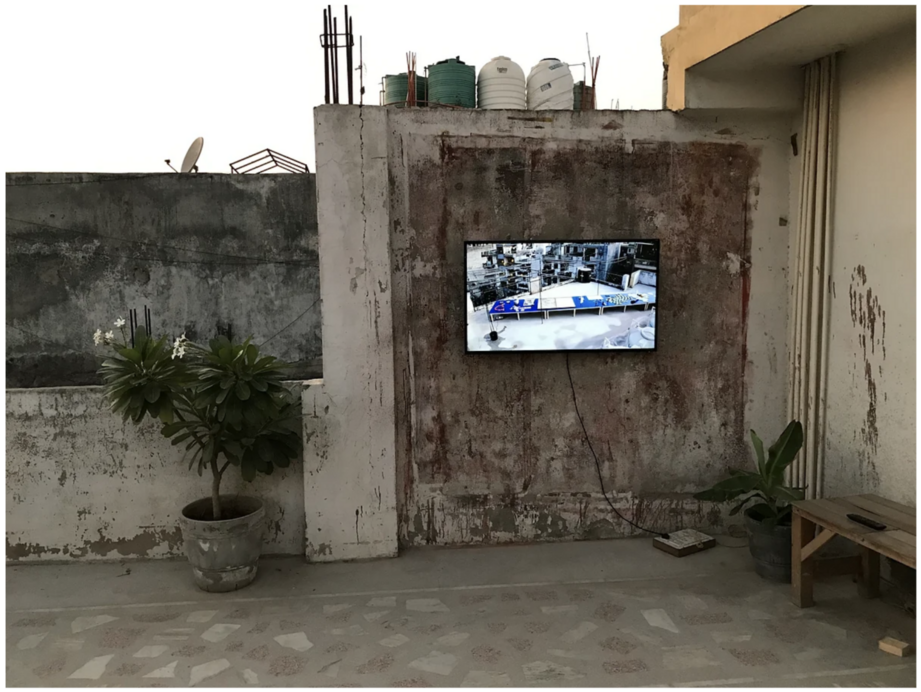 ‘Both exhibited pieces are re-imaginings of Neolithic stone-age objects. These objects were first encountered on a field trip to The British Museum Archive, where they reside. These Neolithic carved stone balls, found across the British Isles, come from a period of transition from hunter gatherer to plant cultivation. Much is discussed about their origins. Some think that they evidence advanced mathematical skills, others that they were part of didactic processes. These objects were first scanned and transformed into 3D digital artefacts before being reinstantiated as physical objects through the 3D print process, thus conjoining technologies separated by thousands of years. These objects trace the transformation of matter through extended processes and there is a clear echo with the unfolding of the narrative in Stanislav Lem’s Solaris whereby the conversations between the scientists and the moon that they inhabit reverberate through mimetic transformations of matter and memory.' Ian Dawson
’

8x4. Two moons constitutes the second exhibition of a trilogy that started with It glows light in the upper terrace of the Mazecollective Studio in November 2021. Artists presented works in various media that ‘glow in the dark’ and related to things, people and places whilst maintaining a certain distance. A year later 8x4 returns to Mazecollective, this time with an exhibition Two moons, that occupies the two levels of the terrace.
The artworks at Two moons are filmed from above and the aerial view situates them in the location from within a perspective that is different to that from the ground. Both aerial and terrestrial views, actual works and filmed footage, form part of the exhibition.
The idea of ‘two moons’ is inspired in the sci-fi novel by Polish writer Stanislaw Lem ‘Solaris’ (1961). Solaris is an uninhabited planet that has two moons. Its surface is covered with an ocean that creates extraordinary waves and patterns. The mission of the main protagonist, Kevin, is to study this vast mass of water but when he arrives at the research station he notices that it brings memories to life. The scientists have investigated this and compiled a lot of information but they cannot understand what it means; eventually the experiments have to be abandoned. They conclude that the ocean could be an enormous brain whose fluctuating surface is the deepest recesses of the mind.
Aerial view photography is often used by archaeologists to search for patters in the landscape that might indicate activity under the surface and by topographers to explore connections between points at distance that could be difficult to perceive from the ground. In Tarkovsky’s film adaptation Solaris (1972), the aerial views of the surface of the planet are suggestive of deep-space and mind altering states of perception. Artists tend to think of the aerial view in terms of ‘perspective’ and the illusion of the depth of field but the mind can only perceive depth and three dimensions under a limited set of conditions; at distances that are too far or too close and speeds of approximation that are too fast or too slow, it cannot process the information and space flatness and becomes two dimensional. Then what the eyes see and the mind knows are overlapping realities that need reconciliation.
It is interesting to think of the fluctuations of the mind and not the material quality of space as the underlying condition that might mediate our experience of reality. The artworks at Two moons are presented alongside the filmed footage taken from above and the video situates them within the context we are in, at a different time from ours. The mind navigates between the two situations transferring information from one to the other, creating new formations.