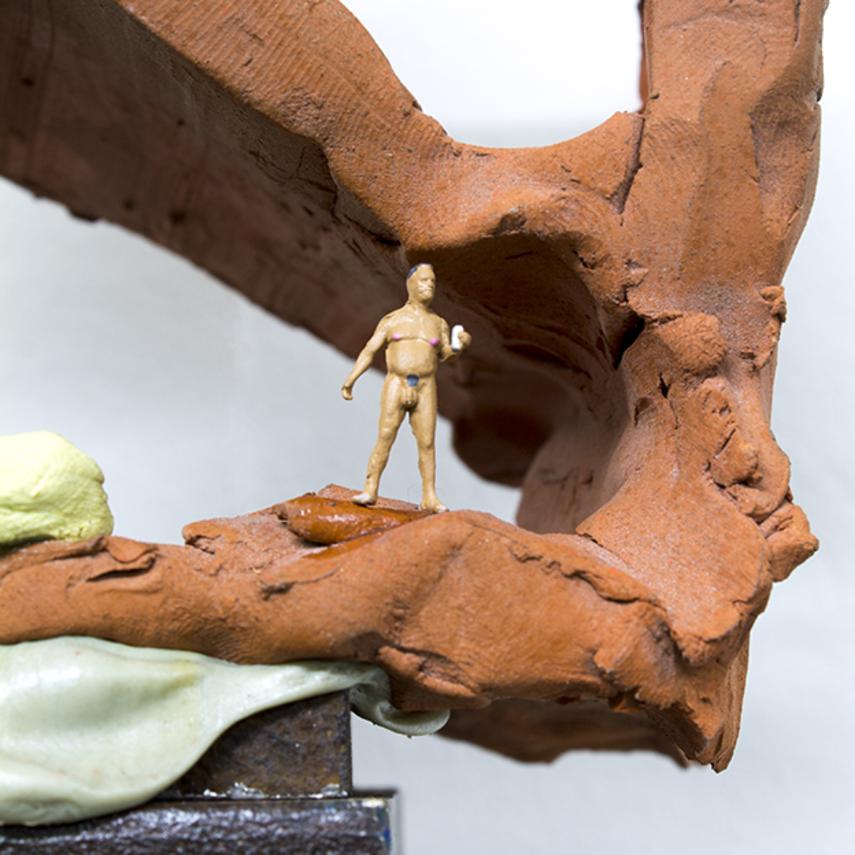 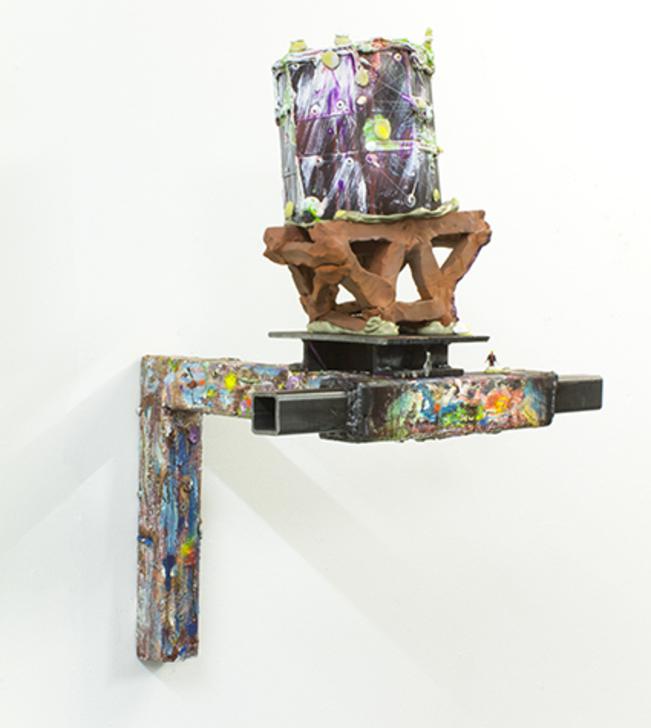 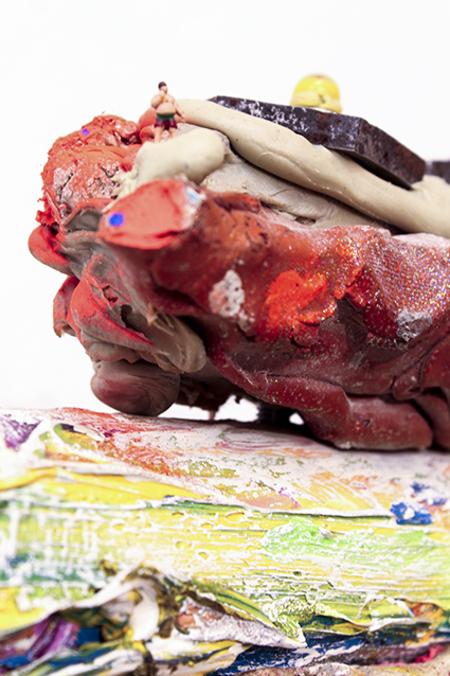 >Catalogue Essay: The Mutiny of the Bounty

In 1588, Spain’s ‘Armada Invencible’ was torn to rags and flotsam by divine tempests in the English Channel. Survival replaced conquest. The ships’ crews, starved and longing for a distant homeland, were soon lost to the shipping forecast. All that remained was tavern talk and shipwrecks both gathering limpets: a bounty waiting to be found.
In 1956, Alison and Peter Smithson, Eduardo Paolozzi and Nigel Henderson populated their region of the This Is Tomorrow Exhibition with the profane aesthetics of the ‘As Found’. Found objects, including a rusted bugle and a clock without hands, clung to the corrugated roof of a mock shanty-town shack. Roughly honed and provocatively incongruous in the Whitechapel Gallery, the installation synthesized impressions of post-Nuclear futures and Neolithic pasts in a dialectical vision of its present.
In 2013, we entered Dawson’s ramshackle studios. Crowded with bits, pieces and fragments, his habitat was one of atomic collision and material fusion: the white heat of making.  A ‘making’ palpably informed by a vast knowledge of material properties, gained through perpetual experimentation over years of praxis. On encountering the Armada, we found its constituent vessels gathering limpets on the studio wall, braced for the next creative storm…
Ian Dawson draws on remains and their tensions. He repopulates. Armada is not a work of conquest but a work of multiple survivals. The work exists as a polemic act. Akin to the clock without hands, conscientiously objecting to its production line duty, Dawson’s Armada refuses its complicit function as art-object/end-product.  The alienation of the art product from its laborious ‘making’ process is fundamental to its auratic efficacy: the magician’s trick stays the capital of the circle; the proverbial turd gets polished in secret. Dawson explores mutability in making as a resistant provocation, actualizing ethical concerns over the polished-aesthetic hegemony. He attempts to reinvigorate the dialectic between materiality and interpretability through the carnivalesque parody of ceaseless (re)making. Armada leads a mutiny of the art bounty, anchoring the work in the divine tides of perpetual incompletion.
Dawson’s work is informed by a fascination with the far-reaching material biographies of everyday objects. The material lives of manufactured products tend to far exceed the brief roles in production and consumption which we designate them.  Accruing layers of cultural significance throughout their voyages, material atoms are reconfigured, their surfaces painted, lacquered and labelled; they are packed, shipped, bought and sold, abused and neglected. Once broken down beyond recognition, material narratives persist, even when lost to us as forgotten particles cast into the ocean. Forgotten particles that repeat in us with every mouthful of fish finger.
Dawson’s studio is itself an ecosystem of living materials in states of transformation, by nature or nurture.   A bounty of industrially processed materials are bought in or salvaged, cut down to size, reformed and repurposed. A lump of red clay is reborn as a slice of iron girder, its load-bearing qualities questionable. A constellation of punched metal sheets in pop colours are reminiscent of props from Len Lye’s 1935 A Colour Box animation. When plunged into the inertia of darkness, Armada’s remnants, like bioluminescent sea-creatures fathoms below the surface, begin to glow.  And yet we imagine that in an off-cuts bin behind the workshop jigsaw, a further primordial soup of misshapen flotsam is waiting to evolve.  Paolozzi famously characterised his production method as ‘Construct. Tack. Destroy. Recommence’. This notion of extended production is evident within Armada’s material biographies and is fundamental to its efficacy thereby evading any commodifiable telos.
Ever the bricoleur, Dawson’s reach is not limited to material repurposing. In a further carnivalesque exaggeration of process and material alienation, a crew of Lilliputian construction workers are pressganged to serve as painters and decorators upon this sculptural fleet. To us, as onlookers, these diminutive workers appear to apply layers of oil paint and glitter to the units, enacting a transformation of surface not in keeping with the material base. This action introduces a Benjaminian auratic sensibility through Armada’s polished poop-decks.  Their theatrical gilding shatters the chain of signification, parodying the hidden stages in the commodification of objects:  a semiotic sleight-of-hand spectacle with lashings of neon sludge and glitter globules.  Will you accept the King’s Shilling?
Curiouser and curiouser, this nautical Wonderland is also populated by scantily-clad miniature bathers, lounging as though bronzing above deck on some Mediterranean cruise. Are these art consumers basking in the reflected heat of the artwork’s glittering patina? A tongue-in-cheek reference to the ‘classical nude’ of tradition? Ray Ban’d cherubs in an ironic Rousseauian arcadia?  Is their narrative of less import than the phenomenological sensation of the scale model that they evoke?
Then what of the glass eyeballs and monstrously exposed brains that can be found growing sporadically from the sculptures’ undulating surfaces?  To offer any finite diagnosis would serve merely to stunt the growth of this ever transmogrifying work. Today’s encounter was but one moment in the biography of Dawson’s Armada, a hastily scribbled entry in the Captain’s log. We experienced the sculpture in its habitat, the tempestuous studio environment, knowing that what we have observed will be but archaeological layers, buried in its own unfolding narrative.  Despite its seeming stasis in these catalogue photographs, Armada’s future lies in uncharted waters, a slippery bounty never to be raised. 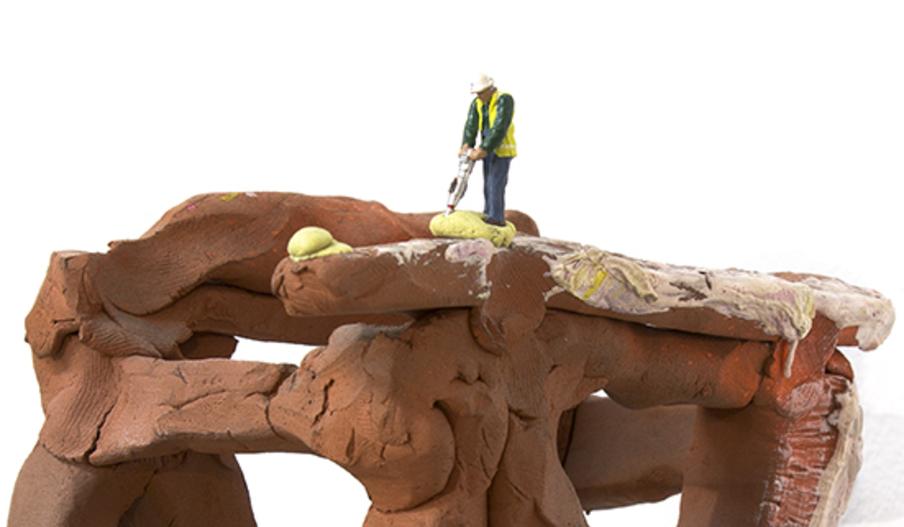 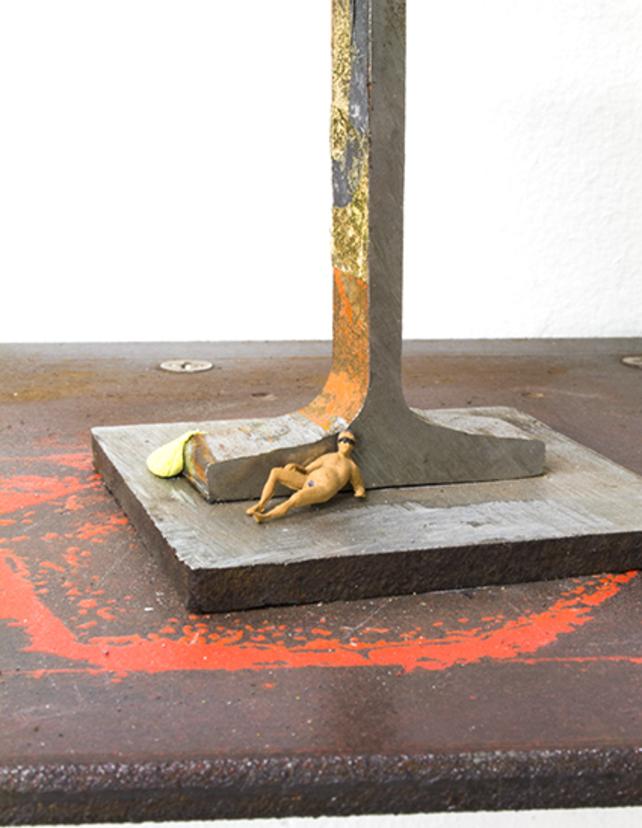 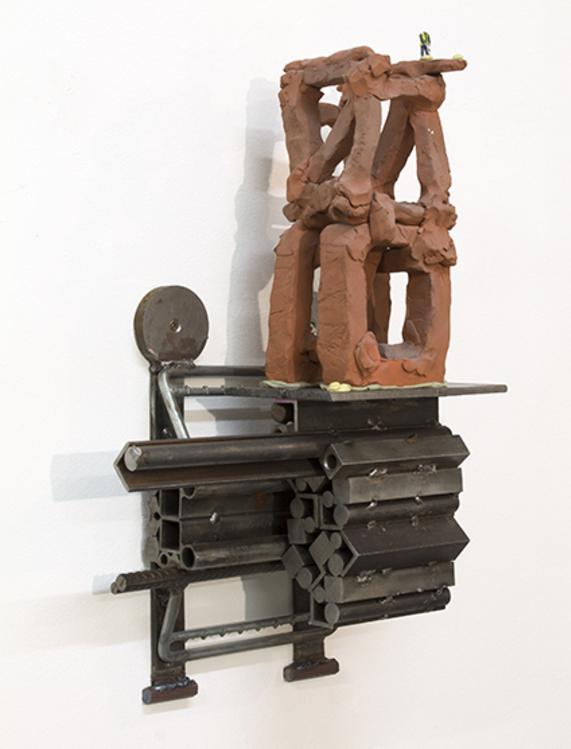 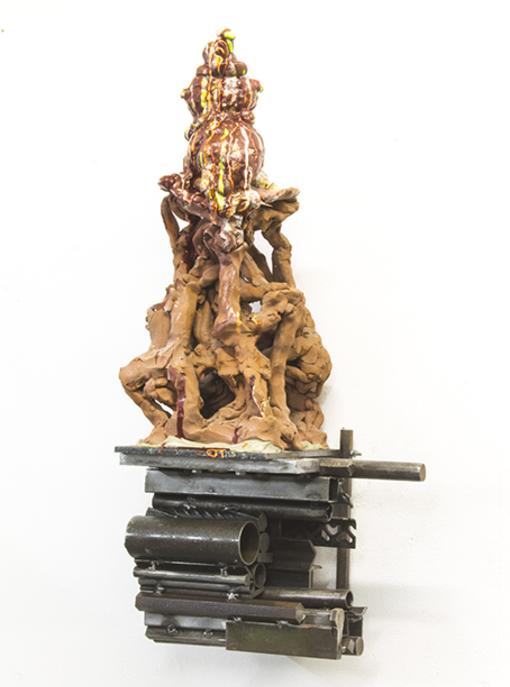 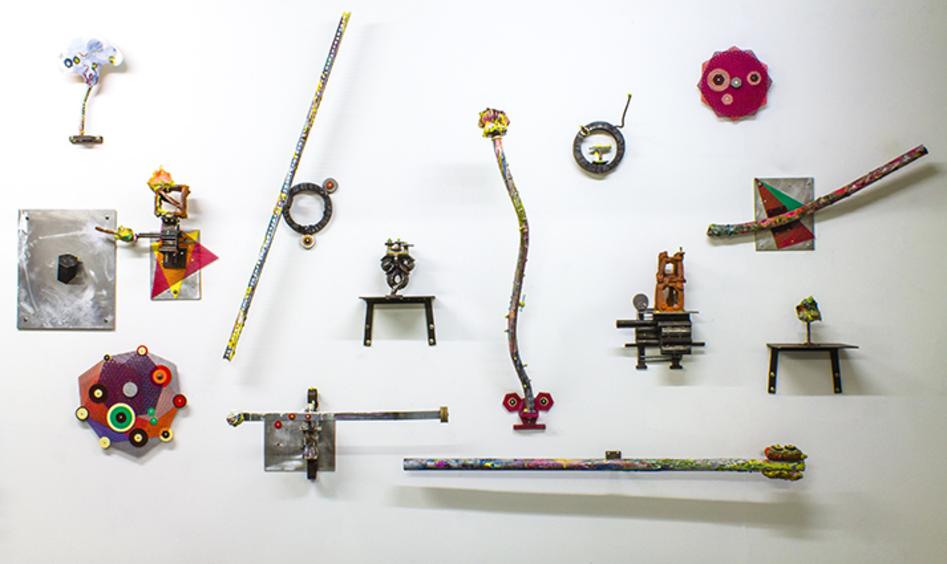 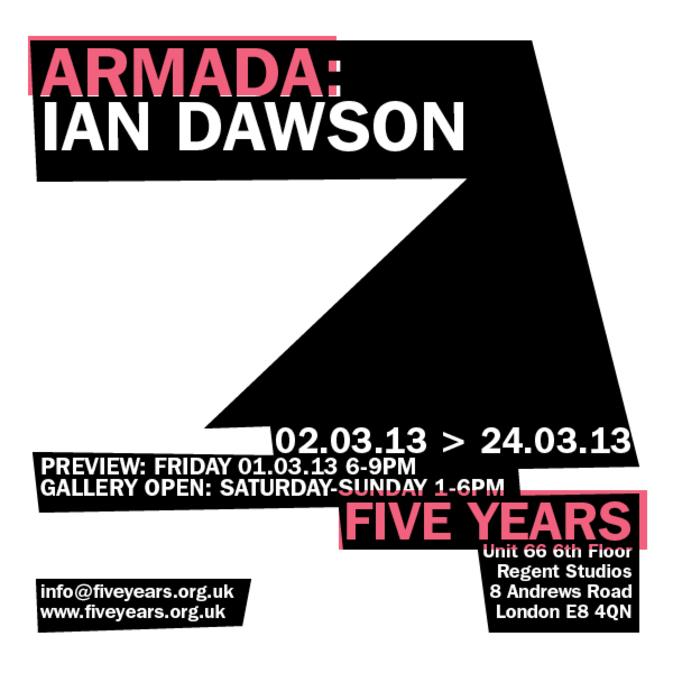 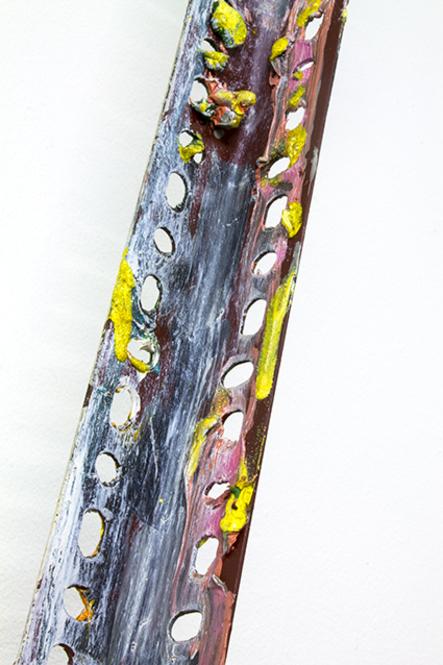 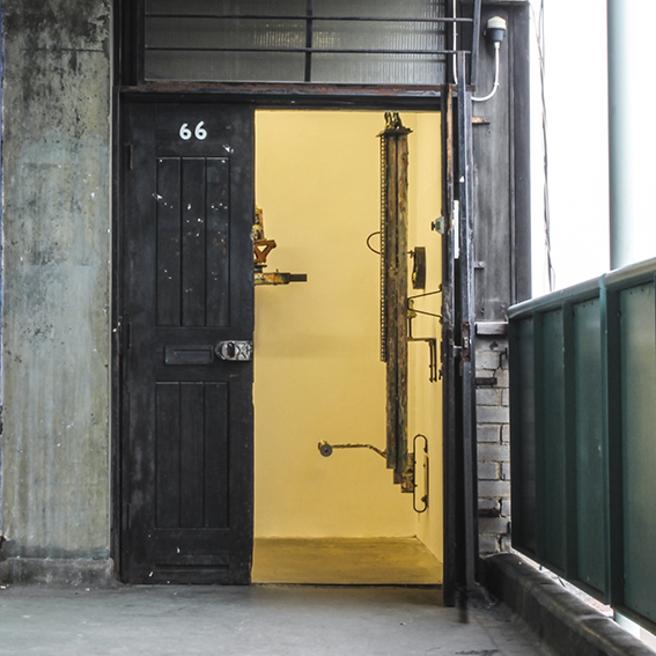 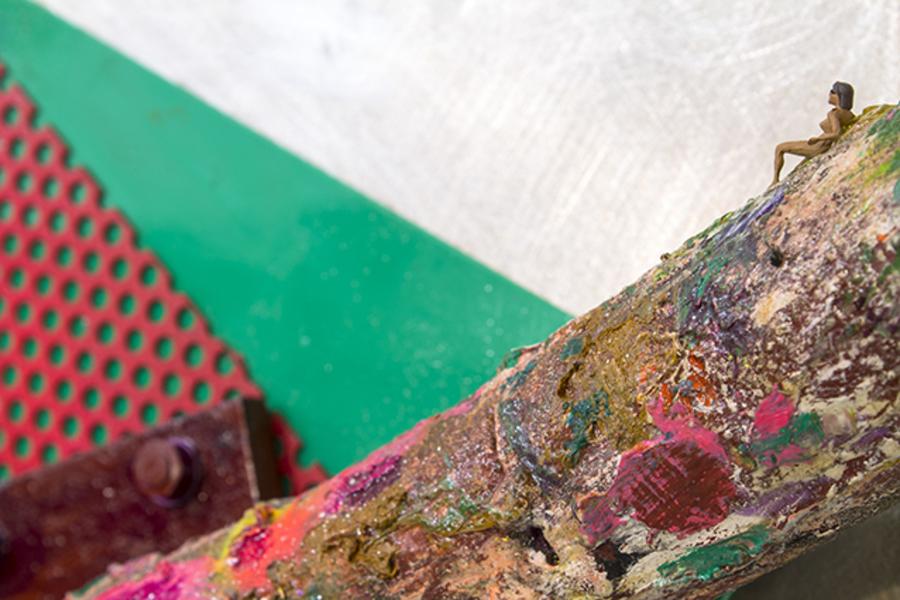 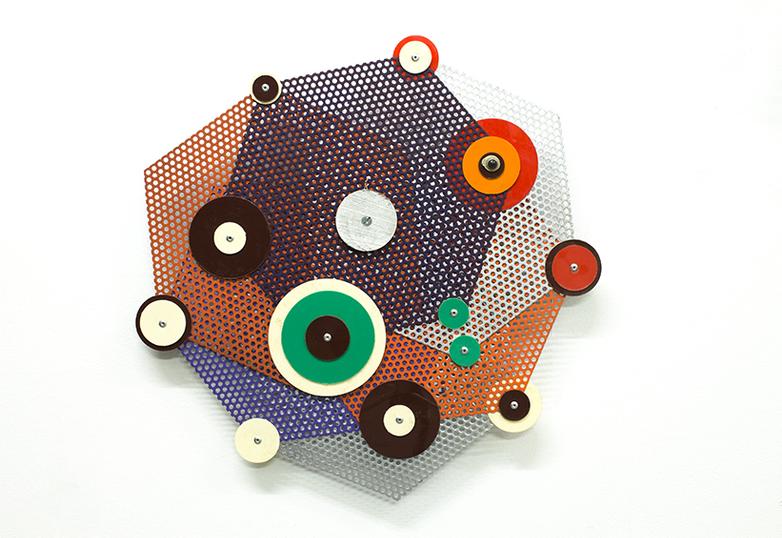 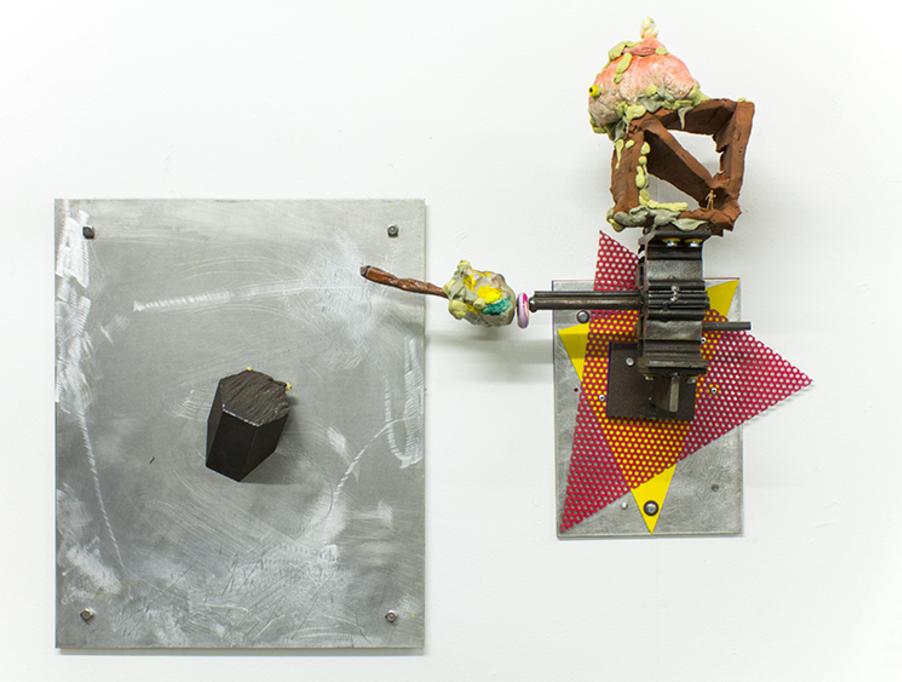 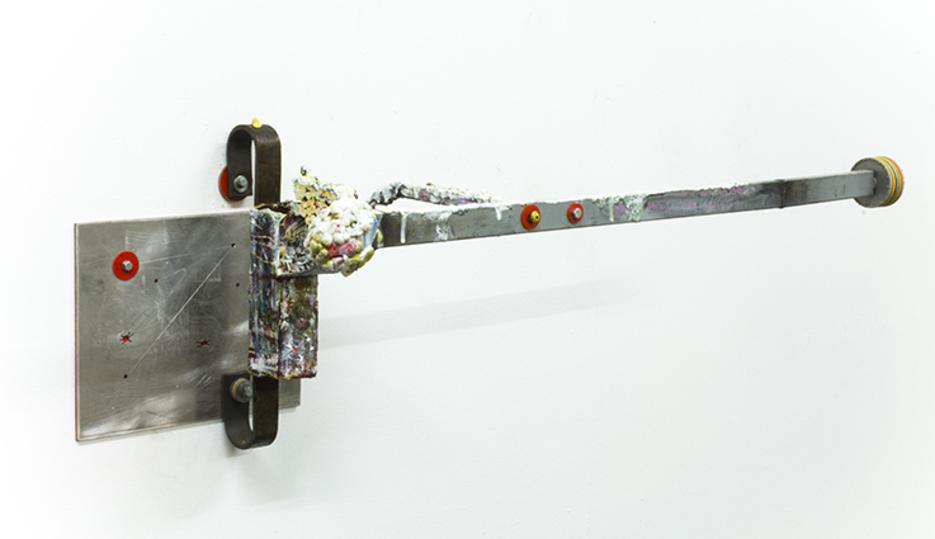 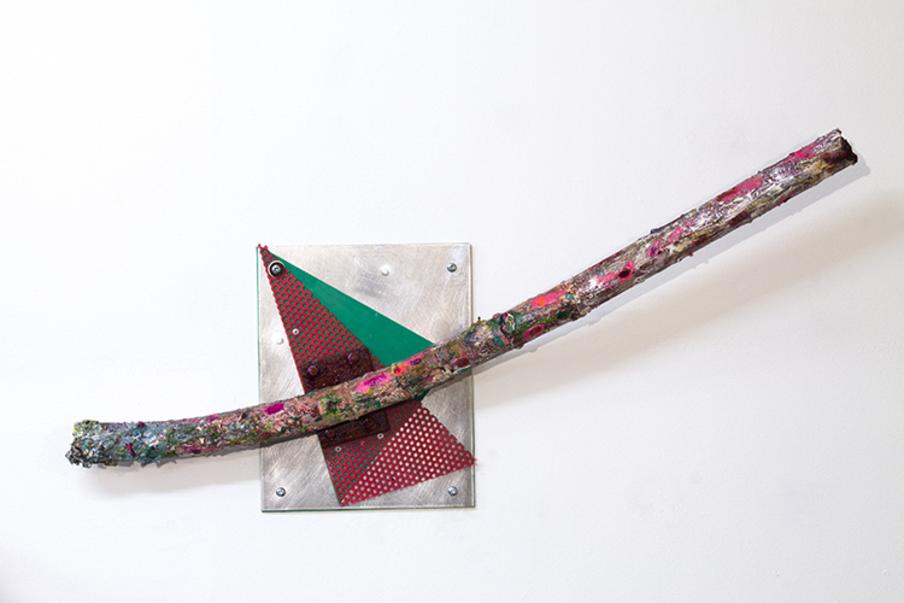 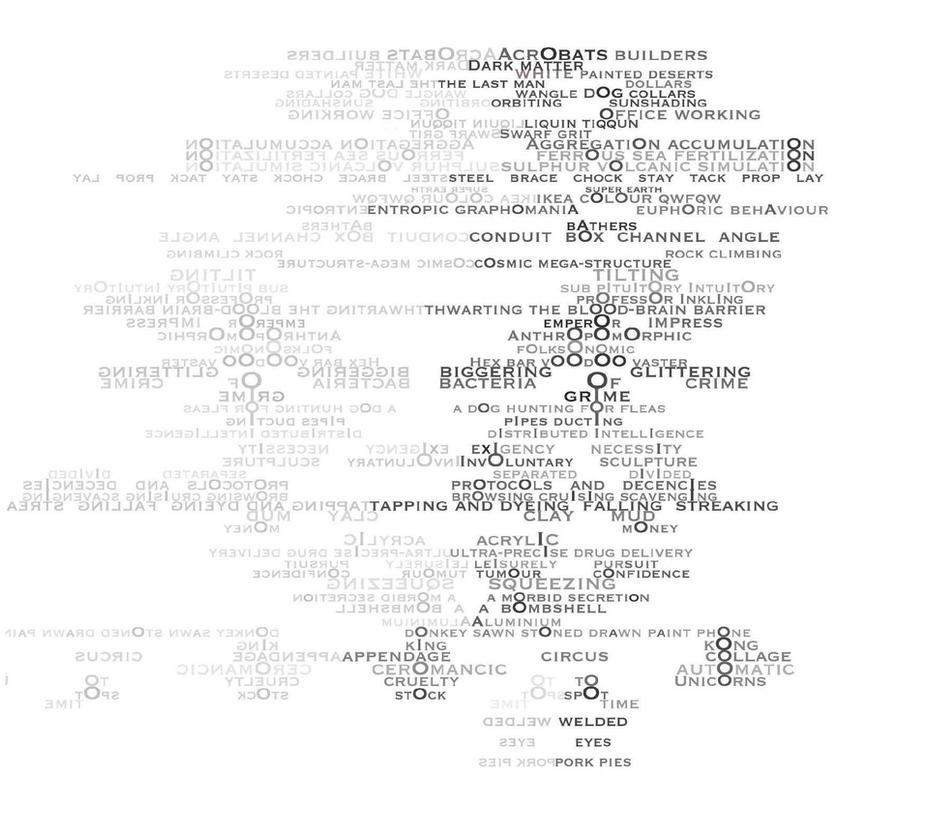 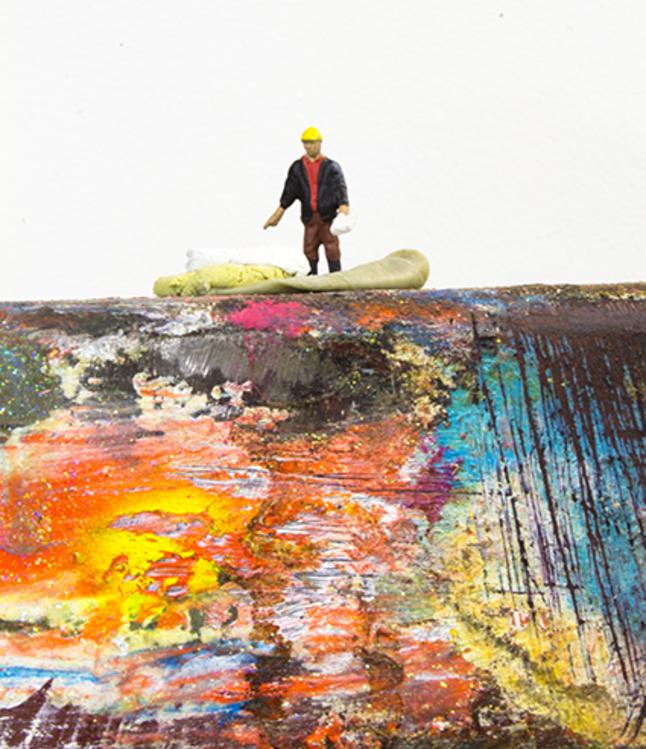 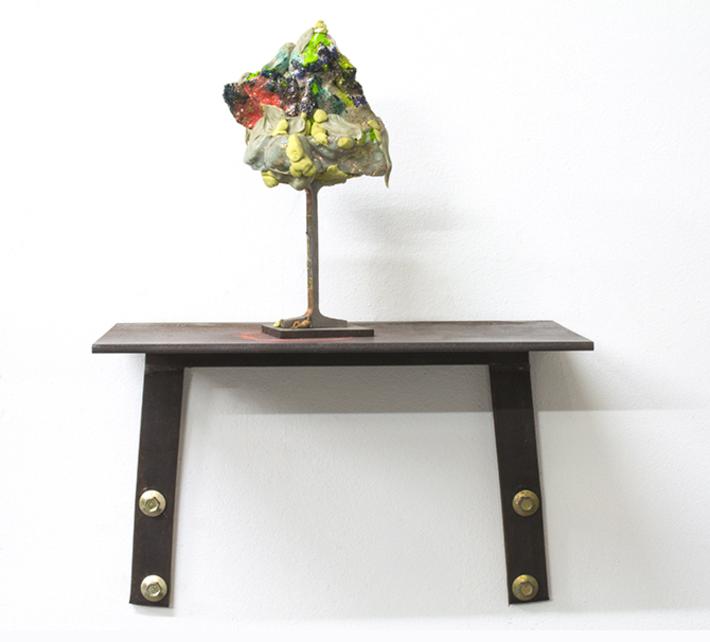 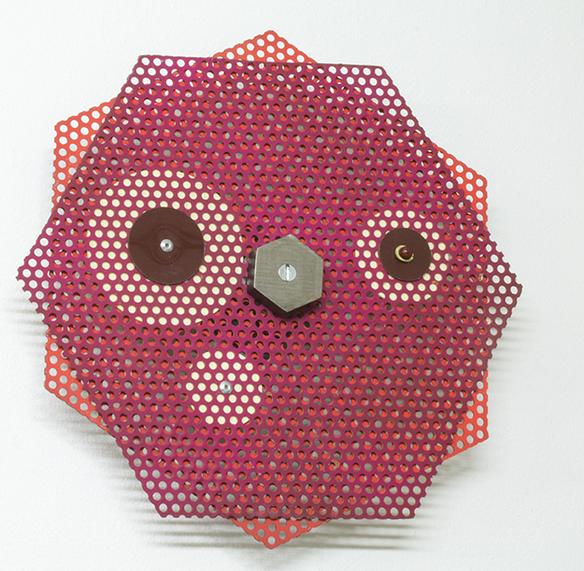